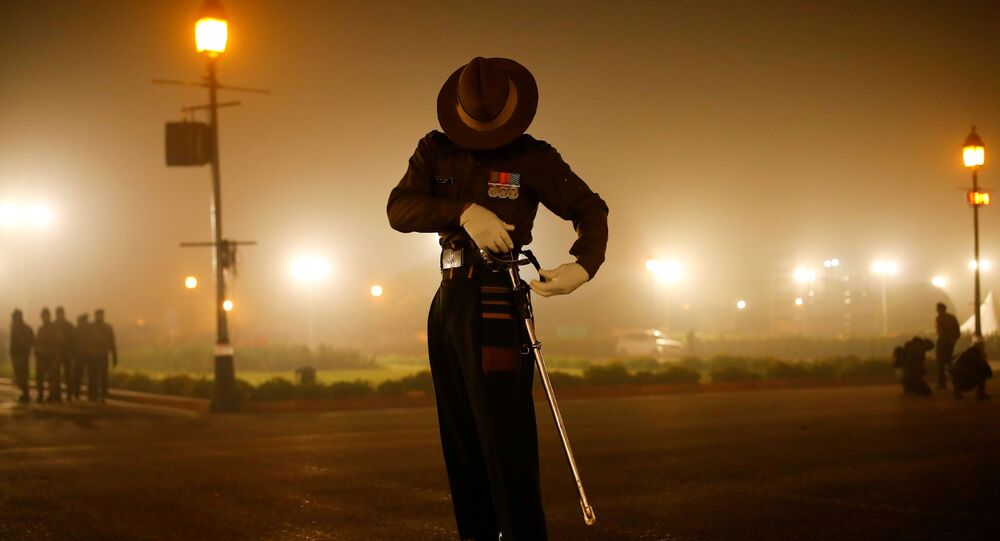 72nd Republic Day: Police in India to Use Iron Hand in Dealing With Terrorists

India is on high alert on the Tuesday, 26 January, eve of its 72nd Republic Day celebrations in different parts of the country. Security has been beefed up across the nation as intelligence sources warn of possible terror attacks.

On the occasion of the annual commemoration of the country’s Republic Day on Tuesday, security forces are set to strictly address anyone creating panic, particularly through the use of bomb hoaxes or fake alarms.

Speaking to Sputnik on the condition of anonymity, an unnamed senior official with the Uttar Pradesh police said that they received a call about a bomb inside a hospital last week, and the next day about a bomb-like device placed on a road in Noida city. Both warnings triggered panic among citizens.

"Both calls were found to be hoaxes. We have decided to take serious action against any culprit found to be indulging in such activities. These are such crucial days for the country [ahead of Republic Day] and such acts waste our time plus resources," he said.

Various teams have been formed to keep vigil, with a special focus on SIM card dealers, guest houses, and hotels, he said.

"Local duty officers have been asked to keep a check on the fraudulent sale of SIM cards. If there is any mismatch in the details provided by customers, the shopkeepers are also being booked," he mentioned.

The unnamed official added that terrorists in and around the national capital of Delhi purchase SIM cards based on fake documents and may use these mobile numbers to communicate with other terrorists.

To safeguard Delhi ahead of Republic Day, various anti-terror measures have been put in place by city police, including regular checking of hotels and guest houses conducted by district-level police, while hotel staff have been instructed to report suspicious persons or activity on the premises.

Meetings with market associations have been carried out to ensure foolproof security arrangements.

"Anti-sabotage checks are being conducted at various malls by Bomb Detection Teams and Dog Squads," the Delhi police said in an official statement.