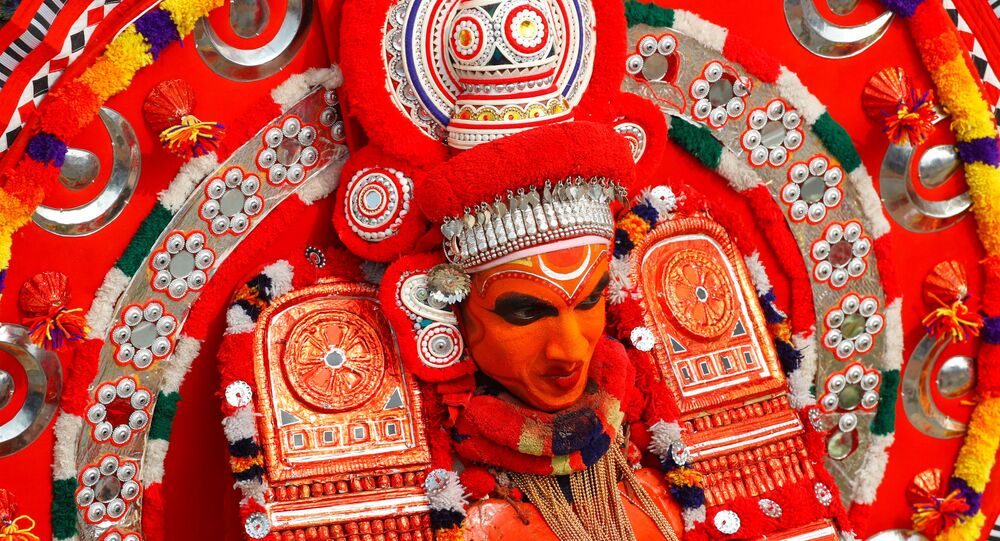 On 26 January 1950, the Indian Constitution came into effect and, every year, the day is celebrated as Republic Day to honour the spirit of an independent and united India. A large parade is conducted in the capital city of Delhi, showcasing the rich cultural heritage and diversity of every state, India's armed forces, and its military prowess.

Bollywood celebrities have spoken to Sputnik about what evokes the spirit of patriotism for them and how they are contributing to building the nation.

'We' the people of India

For filmmaker Nila Madhab Panda, known for remarkable movies including "I am Kalam", "Jalpari", and "Kadvi Hawa", the opening phrase of India's Constitution "We, the people of India" is itself the "best spirit to celebrate patriotism".

"A country with so many castes, religions, colours, languages, and states living together in harmony, that's the strength of being an Indian. Be it natural disaster, pandemic or financial crisis, we fought it together as a country. We have gone through a tough time. It's time people need more success stories and happiness", Madhab tells Sputnik.

Using the power of cinema, Madhab over the years has brought up societal issues such as climate change and its impact on farmers and the agricultural sector, child labour, and education, among others.

Contributing to the nation's development with his cinematic work, he says: "As a filmmaker, we need to address conscious stories to people about our environment and many people's lives. Bring inspiration and aspiration to them with a spirit of moving forward".

Spirit of Inclusiveness and Nationalism

Known for making critically acclaimed movies such as "Buddha in a Traffic Jam" and "The Tashkent Files", filmmaker Vivek Ranjan Agnihotri tells Sputnik that a spirit of inclusiveness and nationalism is what makes India a republic.

"What I really love about India is its inclusiveness not just about having people of different faiths or beliefs, but how everyone fights all odds unitedly like one family. We have learnt to accept our poverty and rise above that with the family support system, our values, and spirituality", Agnihotri says.

He opines that a true republic is built by citizens "who are not only law-abiding and pay taxes on time but also work towards making India stronger by using one's skills".

"I try to work for the nation by using my creativity in telling stories of India and its people. Moreover, we all need to highlight the greatness of India to the youngsters, care about others, show integrity, and strengthen families", Agnihotri says.

Actor Darshan Kumaar, who made a lasting impression with his movie "Mary Kom" opposite Priyanka Chopra Jonas, feels that watching the Republic Day parade in the capital city Delhi, revs up the spirit of patriotism.

"Republic Day reminds me of the beautiful representation depicting our Indian culture and heritage, the marching contingents, the parade of schoolchildren, paying tribute to the martyrs all of which generate electrifying emotions of patriotism within me and it gives me immense pride", Kumar says.

For actor Rohit Bose Roy, one thing that brings out the spirit of patriotism is "watching the country's flag being hoisted and the national anthem 'Jana Gana Mana' being played".

"Every time I hear the national anthem it still gives me goosebumps. As an actor, I feel we have the power to influence people and the youth. And this comes with great responsibility. Like actors in the West, we should also voice our opinions, take a stand for the nation's good and proactively work towards the nation's development which can be followed by many others", Roy tells Sputnik.

The Republic Day parade exhibits a spirit of patriotism and actor Anup Soni feels that patriotism must be exercised by everyone by taking small steps towards the nation's progress.

"The main problem is we just talk and not take real action. If each one of us consciously follows what's right and make little changes in our lives like not jumping the red light or litter on the road, and not cause a problem, it will do much good in nation-building. We have to be a little more vigilant and sensitive towards others and that will make our country more beautiful", Soni suggests.