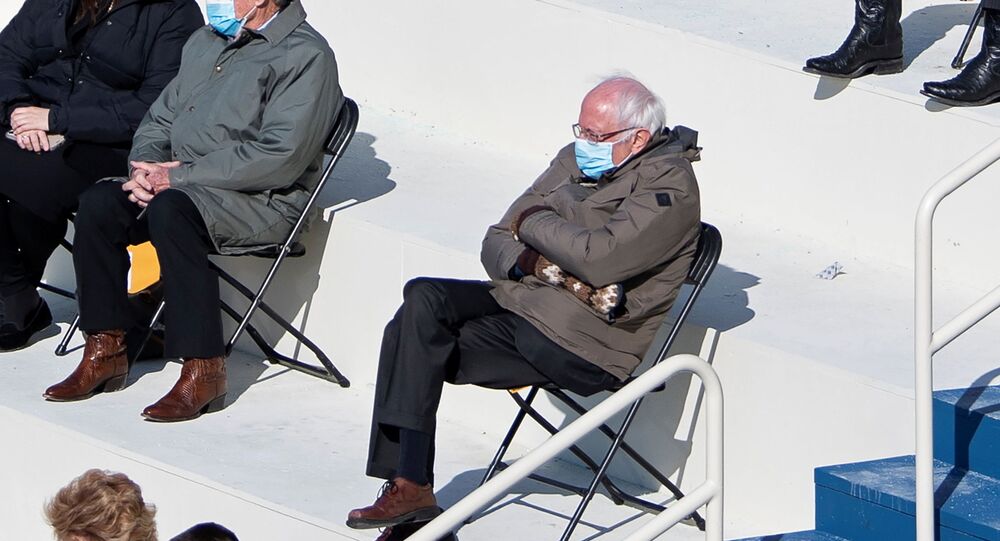 Bernie Sanders, the Vermont senator, was pictured sitting cross-legged and with his hands together, sporting a grey puffer jacket paired with oversized mittens during the inauguration of Joe Biden. That snap triggered a major meme fest on social media.

© REUTERS / JONATHAN ERNST
‘Mittens Are Back’: Bernie Sanders Steals Show With His ‘Grandpa’ Inauguration Outfit
Netizens from around the world have been marvelling at Sanders memes, and Indians had their own take.

Adding a desi twist to the meme mania, Indians have been morphing the viral Sanders picture into funny scenes from Bollywood movies, sending ripples across social media.

As part of the Sanders-meets-Bollywood memes, several Indian actors including Hrithik Roshan, Shah Rukh Khan, Kangana Ranaut, Salman Khan, Amitabh Bachchan and Ayushmann Khurana among others – are seen chilling with the US senator against the backdrop of their movie scenes.

My absolute last one, that pose by Bernie is so awsome. #BernieSanders #Berniememes #Bollywood pic.twitter.com/rLJjDyFgHF

​Over the weekend, Sanders told the tabloids that he was aware of the sensation his fashion choices have created around the world, while revealing a heart-warming story behind the mittens.

The mittens were hand-made from an old sweater by a teacher named Jen Ellis of Essex Junction. She gave the mittens to Sanders more than two years ago and was surprised to see him wear them.