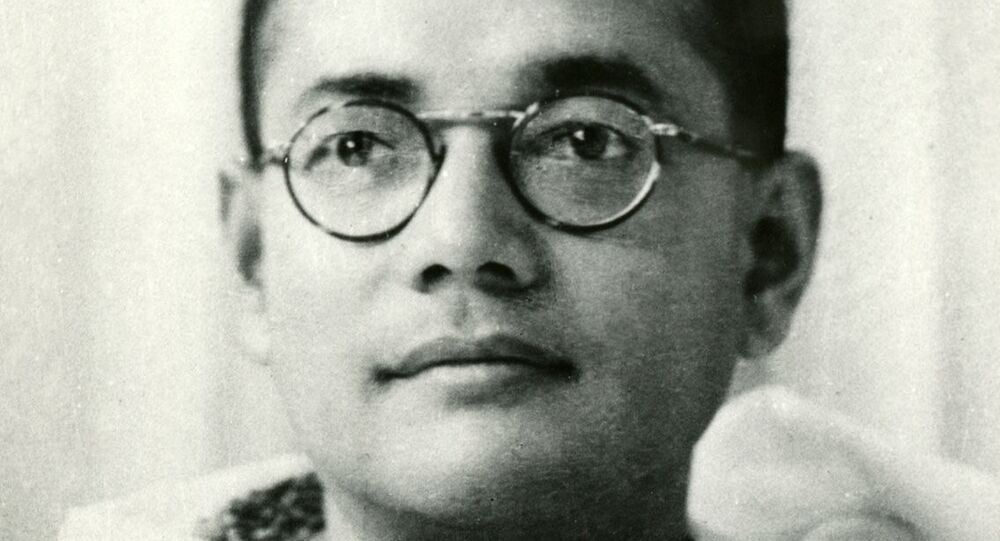 Subhash Chandra Bose, the iconic 20th century Indian freedom fighter and former Congress party chief, is widely revered in the nation for mounting an armed struggle against British colonialists during the Second World War. Bose also allied himself with Germany and Japan to realize his independence struggle.

The Indian government on Monday refuted claims that a portrait of celebrated freedom fighter Subhash Chandra Bose that was unveiled at the presidential palace by the country's president, Ram Nath Kovind, was "fake", offering that the confusion over the portrait was the result of "poor research".

The government's clarification came after political controversy erupted earlier in the day over allegations that Kovind on Saturday had hung a portrait of a Bengali film actor instead of Bose, as India celebrated the 125th birth anniversary of Bose, a revered figure in the Indian freedom movement.

The role of Bose in the 2019 Bengali-language movie Gumnaami, directed by Srijit Mukherjee, was portrayed by Prosenjit Chatterjee.

Among social media users who claimed that the new portrait at India’s Rashtrapati Bhavan presidential palace was that of Chatterjee and not Bose, were the West Bengal state unit of the Congress party, the main federal opposition party of India, as well as Mahua Moitra, a federal parliamentarian from West Bengal's ruling Trinamool Congress party.

Both Moitra and the West Bengal unit have retracted their tweets.

Presidentji, this is portrait of Prasanjit the actor who played Netaji in Bengali movie. not Netaji himself. Next week you should inaugrate a portrait of Ben Kingsley from movie Gandhi also. The set would be complete.

This blunder will definitely cost big to @BJP4India in upcoming #bengalelections2021 https://t.co/QHTOlJXSsr

Amazing Joke.
Indian president unveils portrait of the actor who played Netaji on his birthday. https://t.co/7bqhQTCrhx

​Other netizens maintain that the Bose portrait is indeed Bose. After government clarification, their stand appeared to have been vindicated. Many, however, have blamed opposition parties for stirring "needless controversy".

Netaji portrait in Rashtrapati Bhavan is based on this original photo (first picture). This is how Prosenjit looks in the movie (last picture). Needless controversy. pic.twitter.com/QeBu5xsnNr

The cause of ​Bose's death, who is the founder of the Indian National Army, a colonial-era militia, remains a matter of debate.

Some accounts claim he died when a Japanese plane crashed in modern-day Taiwan (then under Japanese occupation) on 18 August, 1945, but many in his home state of West Bengal dispute the claim.

To put the controversy surrounding his death to rest, family members demanded a DNA test of ashes stored at Japan’s Renkoji Temple. The ashes are believed to be that of Bose.

Prime Minister Narendra Modi's federal government for the first time in 2015 declassified 33 files on the life of Bose, in a bid to make the mysterious Indian historical figure more accessible to the public. Between 2015 and 2016, around 300 digital files about Bose, previously classified as government secrets, were made available to the public by the National Archives of India.