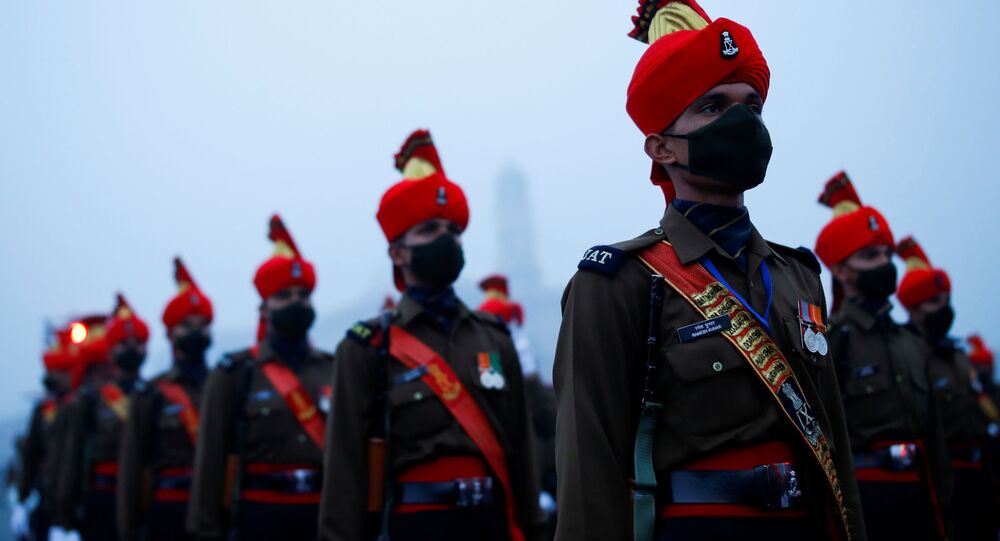 Acknowledging the importance of Republic Day for India, Brendan Ward, the Irish Ambassador to New Delhi, has said that Dublin also has reasons to celebrate the event.

The diplomat extended congratulatory wishes to India, citing the growth of trade and investment and the Indian diaspora in Ireland, bringing the two nations closer together.

“With two-way trade now exceeding €4 billion ($5.4 billion) per annum, our countries are serious partners. For Indian companies seeking a presence in the European Union, Ireland is a natural location, with a common language and legal system. Irish companies investing in Asia also find these advantages in India,” The Economic Times quoted Ward as saying in an interaction.

© REUTERS / ADNAN ABIDI
Security Beefed Up Across India for Republic Day Amid Call For Tractor Rally by Agitated Farmers
Back in 2019, Indo-Irish bilateral trade clocked $1.4 billion. Machinery, electrical appliances, telecom equipment, pharmaceuticals as well as computer parts have emerged as the main products that India exports to Ireland.

In recent years, Ireland has also become a hotspot for Indian students who wish to pursue education abroad. In addition, the  Indian diaspora community in the European country has grown. Ireland has emerged as one of Europe’s top five financial centres extending work, education and trade opportunities to Indians, the Irish ambassador noted, while revealing that Indian festivals and culture are now becoming a part of Ireland’s diversity.

“Tourism from India is also growing rapidly. Many Indians are learning to enjoy typical Irish activities such as fishing, riding, golf, shooting, hiking and water sports as well as visiting our ancient castles and archaeological sites. For Irish tourists, India remains an exotic and exciting destination. Numbers of visitors are growing every year,” Ward further told ET.

In the ET interview, the ambassador further noted that it’s a rather unknown fact that some provisions of the Indian Constitution, which came into effect on 26 January 1950, were inspired by the Irish Constitution.

Ireland has a reason to celebrate India's #RepublicDay !