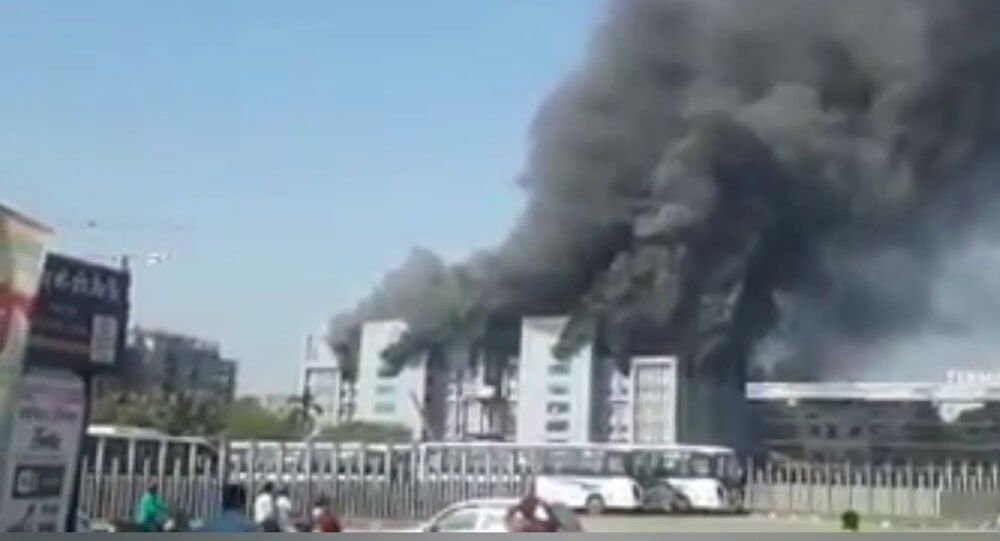 Five people died after a huge fire broke out on Thursday at vaccine-maker Serum Institute of India, which is in the city of Pune, in the western Indian state of Maharashtra. According to the police, the building where the fire took place was under construction.

A day after the blaze at Serum Institute of India that left five workers dead, Adar Poonawalla, the company's chief executive, has said that the production of the vaccine would not be affected by the incident.
The Oxford-AstraZeneca vaccine Covishield is being made locally by the Pune-based Serum Institute of India, the world's largest vaccine manufacturer.
Speaking to the media, Poonawalla said that the fire took place in a brand new facility which is meant for the future production of the BCG and Rotavirus vaccines.

"No COVID vaccine was actually being produced there, so there was no damage to it. The area where the Covishield is manufactured and stored is safe," Poonawalla said.

He added that the loss is mainly financial.

"The expected loss is somewhere around INR 10Bln ($136 million) as a lot of equipment and products were damaged in the fire," he said.

Poonawalla also mentioned that the company has also taken responsibility for the five people who died in the fire on Thursday.

According to the Pune police, several teams are working to ascertain the exact cause of fire although the initial examination suggests it might have been caused by an electrical fault.
Earlier this month, Drug Controller General of India approved two vaccines – Oxford-AstraZeneca’s Covishield and with Bharat Biotech’s Covaxin, which has been cleared for restricted use in emergency situations. India started the world's largest vaccination drive on 16 January.

India's Serum Institute Applies For Emergency Use of Oxford-AstraZeneca Vaccine