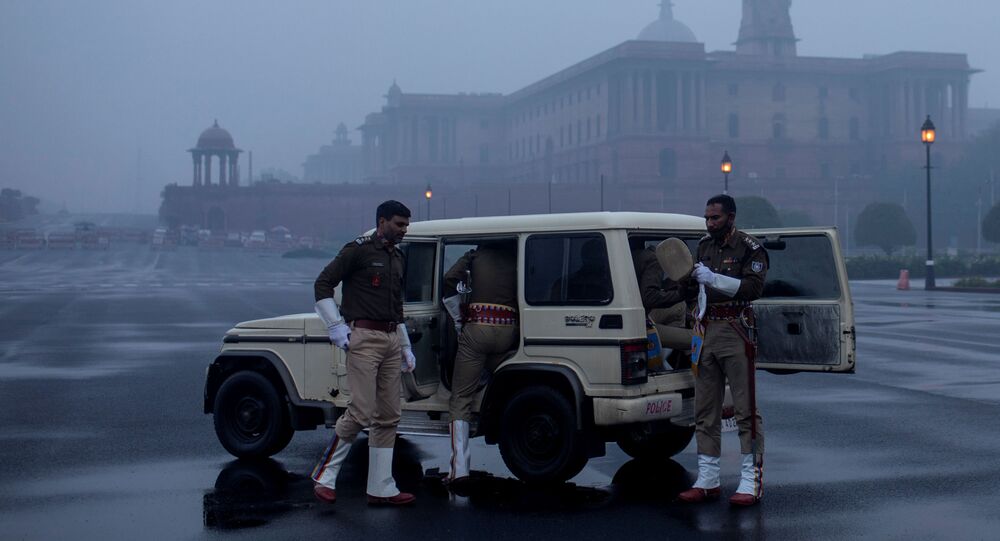 The government has made all security arrangements across the country to prevent any terror incidents on or around Republic Day, which is held every year on 26 January.

A bomb scare triggered panic in India's Noida City on Friday morning after a suspicious package was found on the road, prompting police to rush to the spot. The city shares a border with the country’s capital, where a grand Republic Day parade is set to be organised on 26 January.

According to Noida Police in Delhi’s bordering Uttar Pradesh state, they received a call at around 8.45 a.m. about an unattended object which looked like a bomb lying on the street in the city’s Sector-63.

The place is 20 kilometres away from Rajpath, a ceremonial boulevard in New Delhi, where top dignitaries including the President and Prime Minister will congregate to attend the annual Republic Day military parade.

Speaking to Sputnik, a Noida Police officer stated that the panic had prompted the quick deployment of law enforcement and bomb-disposal squads.

"However, after inspecting the object it was found that some miscreants had filled three glass bottles and tied a watch around it to make it look like a bomb and create panic," the officer said.

He further mentioned that CCTVs in the area are being scanned, and they have also found some eyewitnesses, whose statements are being recorded.

The incident comes a day after a bomb hoax at a hospital in Noida triggered panic.

"Someone called on the landline number of Kailash Hospital in Sector 27 on Thursday and stated that there was a bomb placed in the basement of the building," the official said.

"We checked the building after vacating it but it turned out to be a hoax call. Our team is working to trace the caller," the official said.

Meanwhile, as per sources in the armed forces, intelligence agencies have alerted them about possible terror attacks in the country on and around Republic Day.