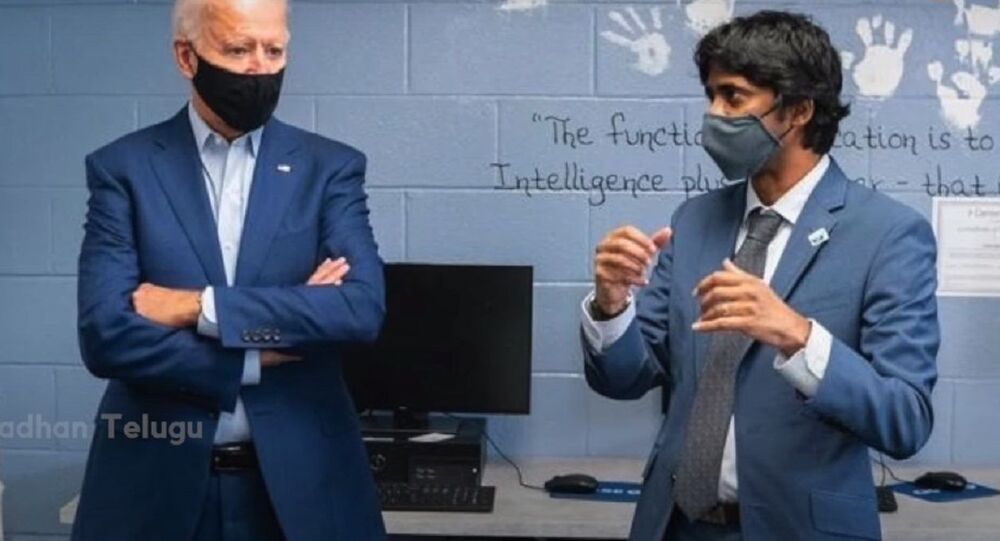 The 30-minute speech in which newly inaugurated US President Joe Biden called for unity after taking the oath on 20 January was written by Indian-American Vinay Reddy.

The reason is Indian-American Vinay Reddy, who has ties to the village of Pothireddypeta, and will now be writing speeches for the 46th US president, Joe Biden.

He has been appointed as White House Director of Speechwriting and already served as a senior adviser and speechwriter during the Biden-Harris campaign.

Reddy previously served as chief speechwriter to Vice President Biden during Barack Obama's second term after which he worked as Vice President of Strategic Communications for the National Basketball Association. He received a law degree from the Ohio State University College of Law.

Vinay's father, Naryanan Reddy, who received his early education at an Indian village school, moved to the US in 1970 after receiving a medical degree in Hyderabad.

Vinay happens to be the middle son of three born in the Reddy family. The latter still maintains close ties to the village in India.

Vinay's grandfather Thirupathi Reddy served as the head of Pothireddypeta for 30 years and the family still owns agricultural land in the village. His two uncles live in Hyderabad, the capital of Telangana.

Kishan Reddy, a close relative of Vinay Reddy, was quoted by local media as saying that the entire village is happy and celebrating Vinay's success and wishing that Reddy brings more accolades to the village by achieving higher positions.

Development or Democracy: Hyderabad Votes in Local Polls After a 'Polarising' BJP Campaign