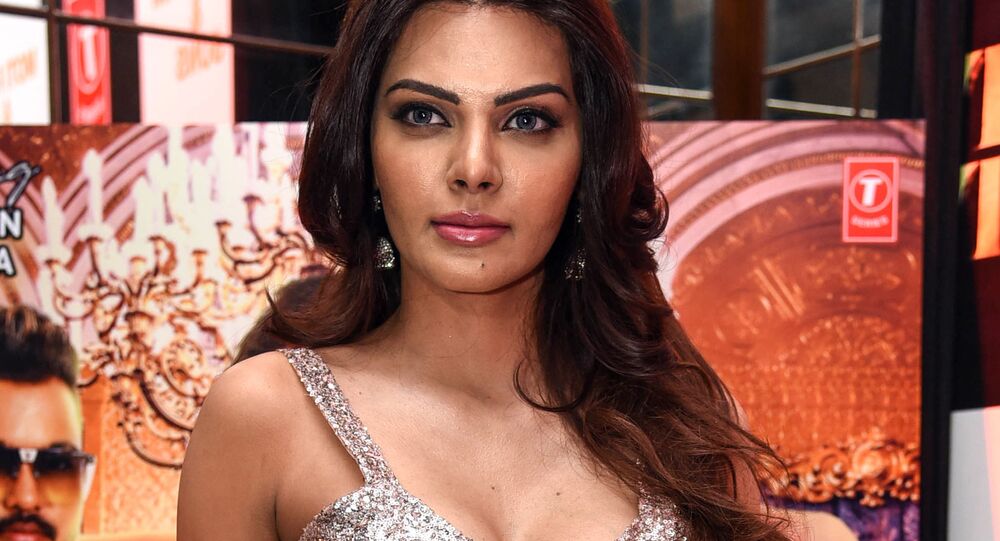 Bollywood filmmaker Sajid Khan has once again come under the #MeToo scanner. He was previously accused of sexual assault by several actresses and most recently of sexual harassment by the sister of late actress Jiah Khan.

Bollywood filmmaker Sajid Khan has once again been accused of sexual harassment by actress Sherlyn Chopra.

The actress broke her silence after watching a video clip of late actress Jiah Khan’s sister Karishma, who made shocking allegations against the filmmaker in the second part of the BBC's recent documentary "Death In Bollywood".

Recalling her horrifying experience, she tweeted, “When I had met him (Sajid) in April 2005, a few days after my father’s demise, he had taken his penis out of his pants and had asked me to feel it. I remember having told him that I know how a penis feels like and that the purpose of my meeting with him was not to feel or rate his penis".

She added, “After flashing his penis, he had not only asked me to touch it & feel it but also asked me if I had ever seen a penis as well endowed as his".

When I had met him in April 2005, a few days after my father’s demise, he had taken his penis out of his pants and had asked me to feel it.
I remember having told him that I know how a penis feels like & that the purpose of my meeting with him was not to feel or rate his penis.. https://t.co/2gnGSdEIrU

Her revelation sparked outrage on social media, with netizens calling for the arrest of the filmmaker, who has been accused by many other models and actresses, including Sonali Chopra, Rachel White, and Dimple Paul, in the past.

When netizens asked Sherlyn why she didn’t file a complaint or expose Khan in public before, she came up with a hard-hitting reply.

He has the ‘superstars’ of Bollywood to vouch for his ‘character’.
It’s my word against theirs.
The Bollywood mafia is a strong syndicate. https://t.co/x5hUm1tzVm

Sherlyn shared a clip from a 2019 interview in which she made reference to a few people, without giving their names, apparently also including Sajid Khan, and accused them of taking sexual advantage of her for the sake of landing a job in Bollywood.

On 18 January, a video clip from the second part of the BBC's recent documentary "Death In Bollywood" went viral, in which Karishma, the sister of late actress Jiah Khan, claimed that Sajid had sexually harassed Jiah, who worked with him on the movie "Housefull" in 2010. She also shared her own ordeal when Sajid supposedly made sexual advances towards her.

“It was a rehearsal, she (Jiah) was reading the scripts and he (Sajid) asked her to take off her top and her bra. She didn’t know what to do, she said ‘the filming hasn’t even begun yet and this is happening’. She came home and cried”, Karishma said in the video clip.

"She (Jiah) said, ‘I have a contract, and if I leave, he’ll sue me and slander my name and if I stay then I’ll be sexually harassed, it is a lose-lose situation’. So, she did do the film”, Karishma further added.

Reminder that Sajid Khan is not in jail yet. pic.twitter.com/cZ5I8Rrys0

Looking at all this, actress Kangana Ranaut strongly reacted to the allegations, saying: “The world is not ideal. You are either the prey or the predator. No one will save you, you have to save yourself”.

She connected Jiah’s alleged suicide with late Bollywood actor Sushant Singh Rajput’s, who was found hanging from a ceiling fan on 14 June 2020 in his apartment in Mumbai city last year.

They killed Jiah they killed Sushant and they tried to kill me, but they roam free have full support of the mafia, growing stronger and successful every year. Know the world is not ideal you are either the prey or the predator. No one will save you you have to save yourself. https://t.co/7QwHAr9BBv

While virtually all of Bollywood has collectively decided to not work with Sajid and distanced themselves from him, netizens are angered, as the filmmaker hasn't been charged with anything, despite so many cases of sexual harassment against him.

Actor @SherlynChopra accuses #SajidKhan of sexual misconduct; alleges that the director flashed at her and asked her to feel his private part
It's fifth time he has been accused of #MeToo@SimplySajidK OPEN CONFESSION 👇!
Why this predator is still roaming free?? pic.twitter.com/2kmNlB97Hr

So a self made stand up comedian is arrested for supposedly hurting religious sentiments in an event without any proof, but a lecherous and filthy animal #SajidKhan is still roaming free, who has been accused of #sexualharrasment by so many women. #IncredibleIndia @TheFarahKhan pic.twitter.com/o9iyvAkJMf