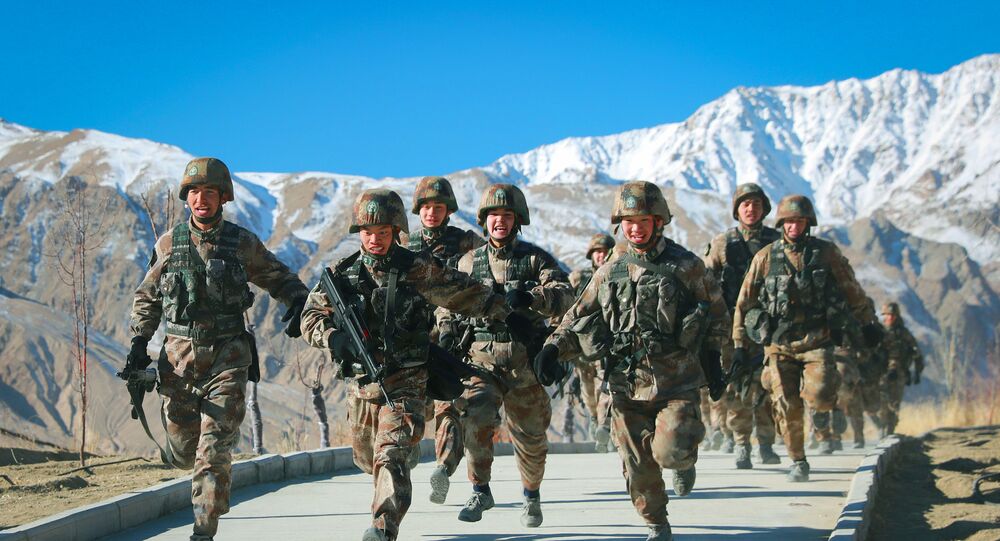 After eight rounds of diplomatic talks, India and China have not yet found a compromise to resolve the border stand-off in the Ladakh region. Tensions escalated back in April 2020 when troops from the two Asian countries accused each other of violating the Line of Actual Control (LAC).

Giving a glimpse into the recreational activities Chinese soldiers indulge in while on duty, Hu Xijin, the editor-in-chief of Chinese publication the Global Times, shared a video on Twitter on Tuesday.

​Netizens from India as well as from other countries jumped to the comments section to post satirical comments about Chinese troops amid the ongoing Sino-Indian border dispute in Ladakh.

Yes, Video games are required for kids, besides that is the only place they will be able to win, with electronic machine games. A must for all trips with kids is diapers and video games. Summarizes PLA perfectly.

Stop playing games 🤦and get some training. pic.twitter.com/hDX8CDJpZp

Getting college freshmen to perform as "soldiers" for propaganda. 捧腹! 😂😂😂

I think instead of countries fighting wars where lives are lost, we instead have our troops battle it out on Dance Dance Revolution.

Diverse recreational activities...Lmao these fucking babies would get destroyed in a real war. This is super embarrassing dude

​For the past months, Hu and the official Twitter account of the Global Times have frequently posted videos of Chinese troops training in tough conditions.

These videos have been mocked by netizens - many from India, who have posted strongly-worded comments and trolled Chinese troops in the wake of a deadly standoff between the soldiers of the two South Asian countries in the Ladakh region. In June 2020, India lost 20 soldiers in hand-to-hand combat with Chinese troops.

Both the countries have been trying to resolve the border stand-off through diplomatic talks, but as of now, no concrete plan has been devised to ease the tensions.