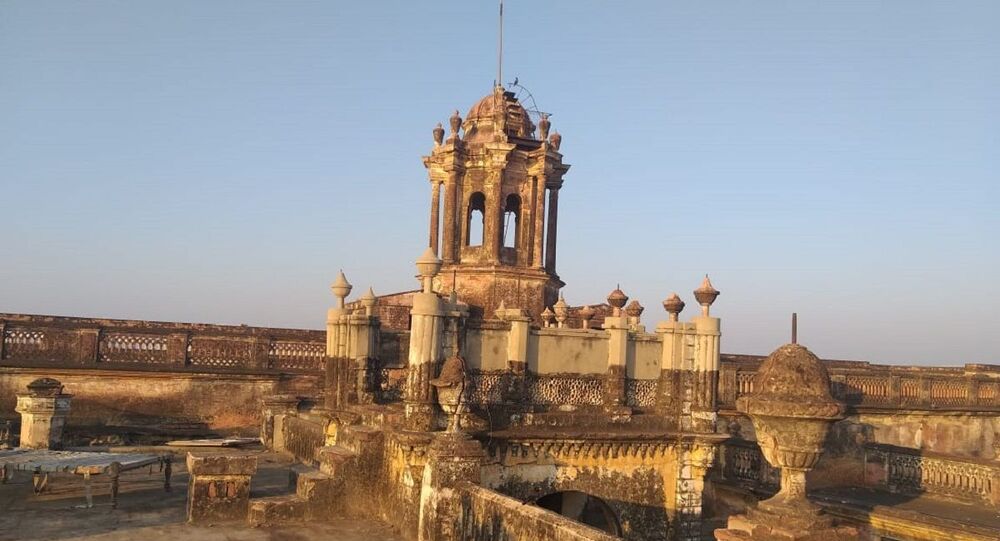 The princess inherited the royal residence from her husband, but since his death it has fallen into disrepair – however, her resilience and close friends have ensured that her new life will be breathed into her beloved palace.

Located in the heart of India's Punjab state, Mubarak Manzil Palace is known for its magnificence and rich history. But today, it's in a state of disrepair – despite this, Begum Munawar Ul Nisa, a 100-year-old princess, continues to live amidst its crumbling grandeur, and she wants to restore the palace to its former glory.

With people like artist and activist Arshad Dally, a close associate of the princess, by her side, this dream is set to become a reality.

Dally, who grew up playing cricket in the grounds of the palace, has been instrumental in forging an agreement with the Government of Punjab for the residence to be bought by the authorities and restored for tourism.

About 70 years ago, Begum Nisa married Nawab of Malerkotla, his title referencing the estate that once belonged to the princely Punjab government where the palace is located. She says she was proud to live in the residence and also to be welcomed into a Muslim family with such a distinguished history.

Speaking to Sputnik, Begum Nisa, the princess, who was born into the royal Tonk family of Rajasthan state, said: “When I came to the palace, it was a palace beautifully maintained with manicured gardens, shining corridors, elephants, horses, and cannons for the royal salute in the compound.”

“But bit by bit everything vanished,” she rues.

The Dilapidated State of the Palace

The 150-year-old palace and its owner fell on hard times decades ago. The princess’ husband – Nawab of Malerkotla – died in 1982. Since then, money to restore the building has been hard to come by.

One by one the precious articles, paintings, chandeliers, and even royal utensils were sold off to make ends meet. Today, parts of the walls in the main rooms have collapsed and the palace is stripped of all its furniture.

What remains in the palace is a centenarian princess who refuses to leave.

“Begum Nisa has one sister and a large family back in Rajasthan. They are very well off but she never wanted to leave – she has given her life to this palace. It's her never-say-die spirit that will bring these walls back to life,” says Dally.

According to the palace’s caretaker and Begum Nisa’s manager Mohammad Mehmood, the place was gifted by the nawab to his fourth wife.

“Nawab Sahib has, in writing, gifted this palace to the Begum. Now the Government of Punjab will pay INR 30 million ($410,700 approximately) to Begum Nisa to acquire this palace,” he says.

“Begum Sahiba fell to bad days after she was cheated by people who bought the adjoining land of the palace from her. But they refused to pay later for which court cases are being fought,” Mehmud adds.

For the locals and people of Punjab state, the birth place of the Sikh religion, this palace is not just bricks and mortar but a symbol of the Muslim-Sikh unity.

Apparently, the Nawab of Malerkotla – Sher Mohammad Khan – made a stand against Muslim invader Wazir Khan in 1705 after he ordered that the young sons of the 10th Sikh Guru Gobind Singh to be stoned to death.

Although the nawab could not save the boys, the Sikh Guru was so grateful for the gesture that he gave a kirpan (sword) to the Nawab as a symbol of faith, which is still in the palace.

"This sword has made this palace immortal in significance for Sikh religion and forged Muslim Sikh unity which stood the test of time during the horrors of India-Pakistan partition in 1947," says Mehmood.

Arshad Dally explains: “Malerkotla was Muslim-dominated. And the policies in place at that time were such that after Indian partition (in 1947) all the Muslims here refused to go to Pakistan and stayed back. They protected their Sikh and Hindu brothers and there was no communal violence or bloodshed witnessed here.”

The Final Transition into Government Hands

Shivdular Singh Dhillon, an advisor to the Punjab Government’s Department of Tourism, told Sputnik on Friday: “This is a heritage building that is a part of the very significant history of the state. For want of resources this would have been sold to property dealers who would have cut plots and sold them off to shopkeepers.”

“But it is heartening that this slice of history is set to retain its mark and go back to its days of glory as the government plans to restore it,” he added.

Asked how she feels about the government buying her palace, the princess said: “I don’t know if I will live long enough to see the place come back to life. But I am delighted that finally, my efforts to restore it are bearing fruit. It is my most ardent wish that it again sees the days of glory for which it has been known for in its past.’’