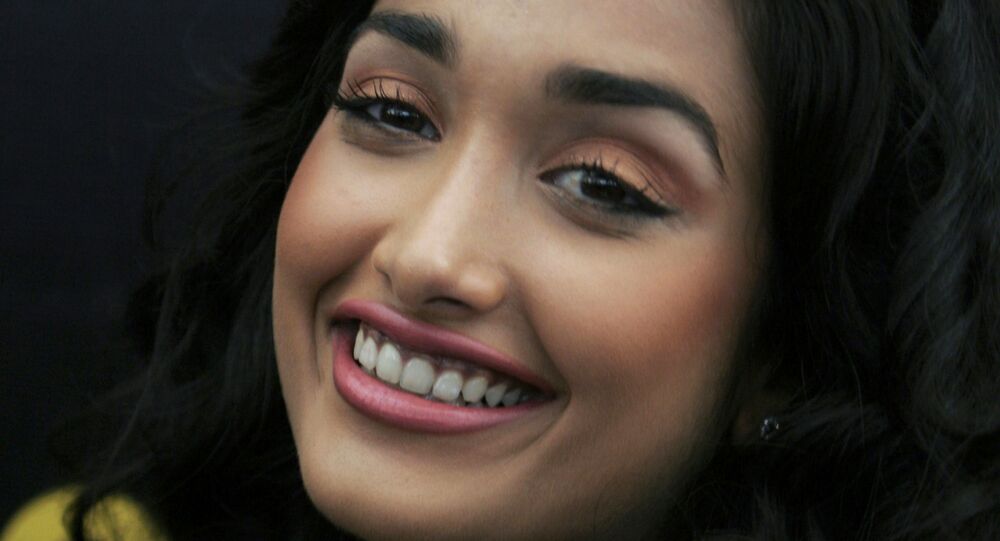 On 3 June 2013, actress Jiah Khan was found hanging from a ceiling fan at her residence in Mumbai. Khan's mother accused her alleged boyfriend actor Sooraj Pancholi of abusing her, both physically and mentally, and driving her to suicide. Sooraj was arrested a week later but was granted bail on 1 July 2013.

One of the most controversial deaths in Bollywood that still remains a mystery is that of 25-year-old actress, Jiah Khan, who is believed to have committed suicide on 3 June 2013.

The case, which was being investigated by India's Central Bureau of Investigation (CBI), brought Sooraj Pancholi, her alleged boyfriend, under the spotlight.

The BBC's three-part documentary has been released only in the UK and throws more light on her death, questioning the investigation by the CBI and Mumbai police, and various theories that were circulating at the time.

So sad n touching to watch #DeathInBollywood .....the tracksuit, the marks on her body.... such talent gone forever and so painful to see her sisters talking about #JiahKhan
Why was the phone wiped out ? 🥲 @BBCTwo @Jasleenks @JiahKhanJustice pic.twitter.com/ut9Ekwe4F8

Although the series features Jiah’s mother Rabia Khan who is still fighting for justice for her daughter, it includes interviews with Sooraj Pancholi and his father Aditya giving their side of the story. Khan's mother claimed it was a case of homicide and not suicide.

The UK senses the tone of current unsolved cases in India and is airing Jiah Khan related documentary at prime time on British TV over next three days.

The documentary has inspired fresh controversy and is raising many questions about the death of Bollywood’s rising star.

The failings of the Mumbai Police & the CBI come as no surprise.

Missing tracksuit. Planted note.
No forensics. No data recovery from her mobile. Bruises on the body.
Rest of CCTV footage?#DeathInBollywood#JiahKhan #SushantSinghRajput#BollywoodMafia@BBCTwo @grainmedia pic.twitter.com/Mzw6FEENLD

After watching the first episode of #DeathInBollywood - it prompts more Qs about #JiahKhan ‘s passing away than closure. As a viewer, even I’m asking the most basic Qs in the investigation, so wonder how Mumbai Police / CBI did such a “shoddy” job. Whatever! Rest in peace JK! 💔

BBC2’s #DeathInBollywood was such an upsetting watch. I never realised the extent of it. Everything the showed which was not investigated... the tracksuit, phone history, the marks on her body. So, so sad. #justiceforjiah

Netizens have risen in anger against Sooraj Pancholi who was the prime suspect in the case and was arrested and jailed for 21 days in June 2013 for allegedly driving Jiah to suicide as well as physically and mentally abusing her.

I am truly shocked that #SoorajPancholi and #adityapancholi agreed to be interviewed for #DeathInBollywood because they do NOT come out of it well.

Many users drew parallels with the death in June 2020 of actor Sushant Singh Rajput, who likewise was found hanging from a ceiling fan in his flat in Mumbai. His supposed suicide is being investigated by India's top three agencies.

#WhereIsJustice4SSR #WhereIsJustice4Jiah #DeathInBollywood watching the Jiah Khan Documentary, both sushants and jiah's MURDER scenes where not shut off by police, tharki quickly declares suicide in both. BOTH FAMILIES ARE STILL SEEKING JUSTICE. pic.twitter.com/TqDLT3eR1r

#DeathInBollywood neither #SoorajPancholi or #AdityaPancholi are convincing
Funny how the phones messages are deleted !!! Aditya says he didn’t make any phone calls but he was caught on camera using his phone. #Police #CBI where were you ? @BBCTwo @Jasleenks @JiahKhanJustice pic.twitter.com/u7IX6yCb7o

What an exhausting & painful journey for loved ones. More strength to Jiah Khan's mother Rabia. I pray that justice is served, SOON! This documentary echoes so much with the death and aftermath of #SushantSinghRajput. Too many questions left unanswered. #DeathInBollywood #SSR pic.twitter.com/NBRoeVMmTN

Watching #deathinbollywood crazy how they say the investigation was botched from the off, rings a few bells... the same case for SSR's death. The investigation wasn't done properly and the authorities stuck on the story that she committed suicide. pic.twitter.com/rkBlAARy8z

Jiah Khan made her acting debut at the age of 18 alongside megastar Amitabh Bachchan in Nishabd and went on to work on blockbuster films Ghajini, starring the heavyweight Aamir Khan, and Housefull featuring Akshay Kumar.