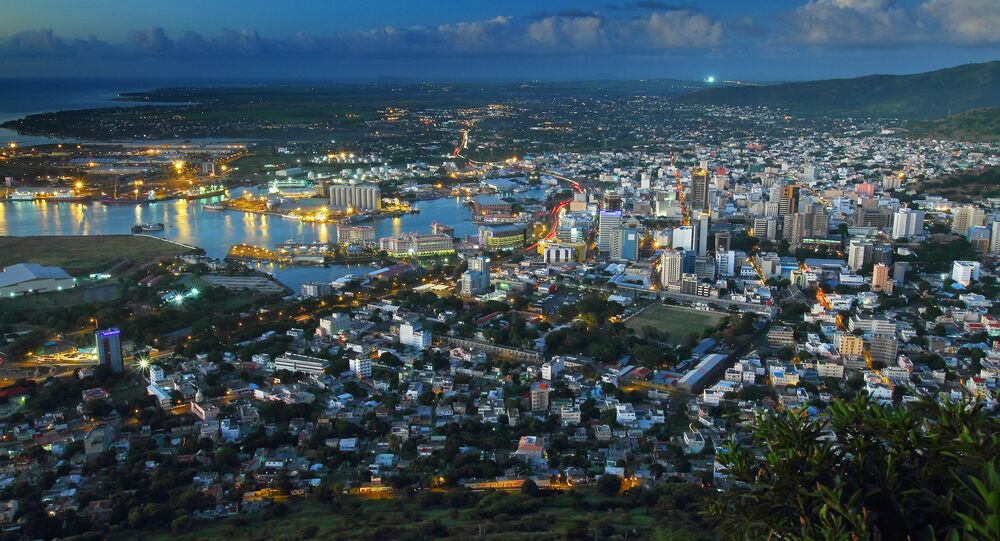 China has granted major concessions to Mauritius helping it to gain access to its market of 1.4 billion people under the new Free Trade Agreement (FTA) whereas India's failure to seal a similar trade pact with the Indian Ocean island will hurt its strategic interests, according to former Indian Navy officer Seshadri Vasan.

The China-Mauritius Free Trade Agreement (FTA), Beijing’s first with any African country, came into effect on 1 January. China has granted major concessions to Mauritius in the access it enjoys to the Chinese market. In return, Beijing is set to get a strategic foothold in Mauritius, which traditionally has enjoyed close economic, military and cultural links with India.

“The China-Mauritius trade pact shows yet again that New Delhi has failed to understand the aspirations of its smaller territorial and maritime neighbours. With this [China-Mauritius FTA], India risks losing its economic and military influence over Mauritius,” suggests Vasan, at present the Director of Indian think-tank Chennai Centre for China Studies.

Mauritius was India’s top source of foreign direct investment (FDI) in 2018-19, besides traditionally being the country’s largest trading partner. However, with only $2 billion FDI received, Mauritius slipped to fourth position in terms of top FDI contributor to India during April-September 2020.

“It is definitely a failure on part of our policy-making,” says Vasan, noting that Prime Minister Narendra Modi has put great emphasis on cultivating close ties with the southern maritime neighbour since assuming office in 2014.

The then Mauritius Prime Minister Navinchandra Ramgoolam was the only non-SAARC (South Asian Association for Regional Cooperation) country head to have been invited to the swearing-in ceremony of Modi in 2014, which was followed by a reciprocal visit by Modi for Mauritius National Day Celebrations in 2015.

Vasan notes that although India shares deep-seated cultural and historic bonds with the country in the Indian Ocean strategically located off the eastern coast of Africa, it has failed to cater to Mauritius’ economic expectations, as he points towards New Delhi’s perceived failure to wrap up negotiations for an FTA with Port Louis.

Until last year reports in Indian media cited officials from New Delhi as saying that the Mauritius-India Comprehensive Economic Cooperation and Partnership Agreement (CECPA) was close to completion.

Vasan, however, admits that it is hard for India to compete economically with China, which has a GDP almost five times as big as New Delhi’s. However, he doesn’t absolve New Delhi of the blame in failing to anticipate Beijing’s actions, which he says will put New Delhi at a “strategic disadvantage”.

Vasan states that implications for India, whose warships guard Mauritius’ exclusive economic zone (EEZ), could be both military as well as economic.

“Greater economic involvement of these smaller Indian Ocean and South Asian countries with China has often preceded greater Chinese military presence in these countries. It is likely that Beijing could ramp up the presence of its Navy in Mauritius's waters in coming years to protect its economic interests,” Vasan reckons.

Similar fears have also been expressed by Indian strategic affairs experts, who say that the increasing presence of China's Navy would pose a direct challenge to the Indian Navy’s dominance around Mauritius.

Besides having played a key role in guarding Mauritian waters, Indian defence personnel have also held important roles in the Mauritius Police Force (MPF) - the senior force in a country which otherwise doesn’t have an army.

Vasan claims that the new FTA affords major concessions to Mauritius in granting access to Chinese citizens as he notes that 8,547 products, representing 96 per cent of the Chinese tariff lines, will have direct access to the Chinese market.

“Furthermore, Mauritius struck an extraordinary deal on exporting sugar with the Chinese side,” said a statement from the Mauritius foreign ministry last year. Sugar is one of the largest agricultural exports of Mauritius - 80 per cent of the country's workforce is employed in cultivating sugarcane, making the industry a politically significant one.

Vasan says that Beijing, in return, will hope for greater access to the wider African market, besides gaining strategically from the pact.

“Mauritius will serve as China’s stepping stone to greater economic engagement with other African nations but more importantly it will give Beijing a crucial toehold in the Indian Ocean at the crossroads of Asia and Africa,” claims Vasan.

China supplies around 16.7 percent of Mauritius total import whereas India contributes 13.9 percent of it.