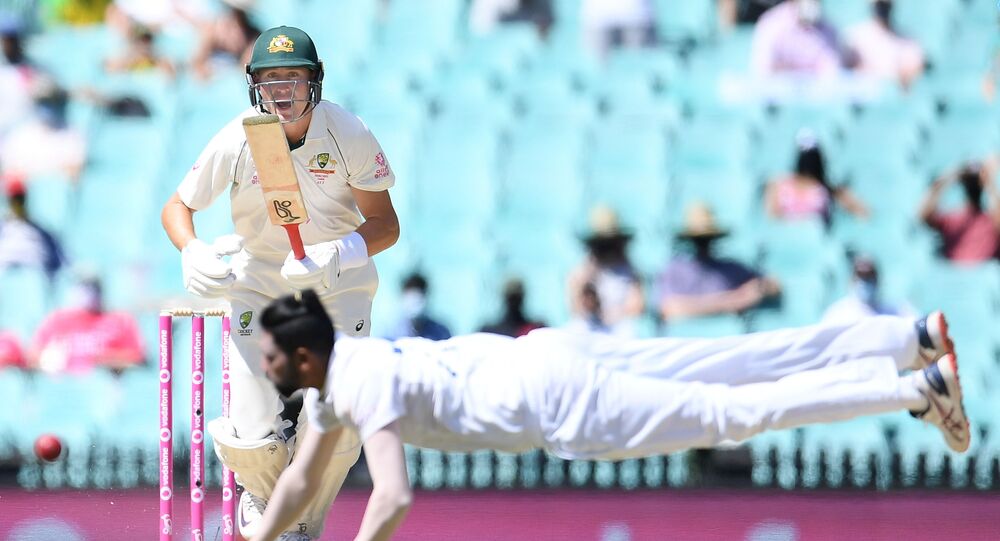 India’s cricket team is currently touring Down Under to play all three formats of the game – T20, One-Day Internationals (ODIs), and Test matches. The hosts won the ODI series 2-1, while visiting India won the T-20 series. The four-match Test series is currently underway.

Putting up an incredible display of resistance, the Indian cricket team on Monday impressively faced the world-class bowling line-up of Australia and pulled off a remarkable draw, leaving the series locked at 1-1 after three Test matches.

India put up a good show through its batting performance on Day 5, the final day of the third test match, and played the entire day. Chasing a target of 407, Team India scored 334 runs for five wickets to deny the Australians an important win.

The 131 overs batted by the visitors in their second innings was the highest number of overs that India has batted in the fourth innings of a Test match since 1980.

Rishabh Pant, Cheteshwar Pujara, Hanuma Vihari, Rohit Sharma, and Ravichandran Ashwin won the hearts with their batting performance, scoring 97,77,23 (not out), 52 and 39 (not out) respectively.

Netizens praised the grit of Team India, especially of Ashwin and Vihari, who batted with a hamstring injury.

There are times when you applaud a draw as much as you normally cheer a win. This is a great example of that! 🇮🇳🇮🇳#SydneyTest

Jadeja and Hanuma Vihari both are injured thats why we heading towards a Draw...Otherwise it will be different

So make sure that trolling Hanuman Vihari is not worth of it 🙏🏻 #INDvAUS #INDvsAUSTest pic.twitter.com/WSLW8ZYA0o

Injury Scars, One coming after the completion of Quarantine without Practice, No Specialist Bowlers

But Still Team india have shown all the Grit and Determination in this Sydney test and this would be remembered for Ages 🙏❤️#INDvsAUSTest pic.twitter.com/6fyNBbf9v5

What a remarkable performance by Team India. Once again great show of resilience under grave provocation, spate of injuries and several key players missing. Bravo! #AUSvsIND

​
The four-Test match series is locked at 1-1 after three Tests. The final match of the tour will take place in Brisbane from 15 January.