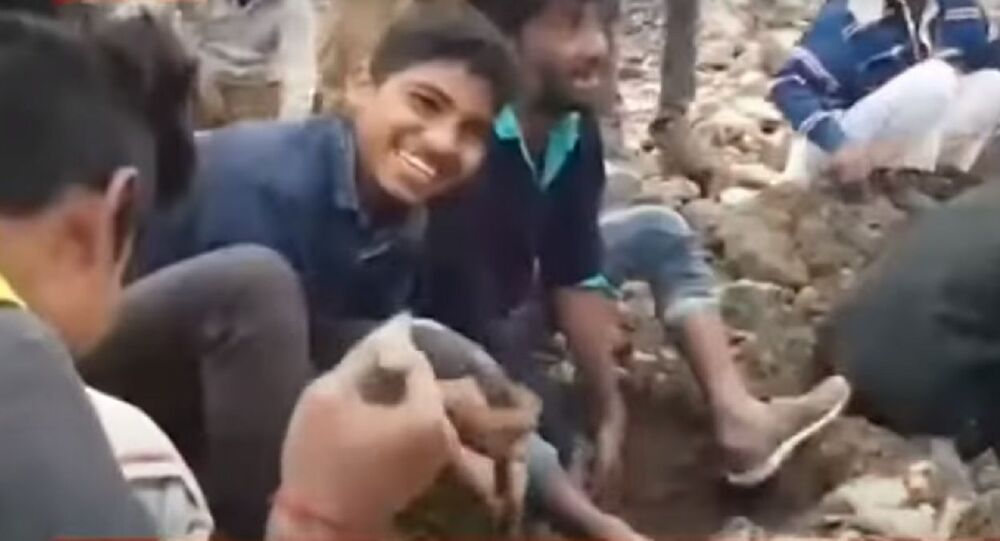 Rumours are rife in two villages of the state's Rajgarh district that someone found a gold coin in the Parvati river. Now, not only adults but even children have rushed to excavate nearby land in their frenzied search for gold.

Hundreds of villagers in the Rajgarh district of the Indian State of Madhya Pradesh have set aside their daily chores so that they can dig the land near the Parvati river in a search for Mughal-era gold coins.

Men, women and children can be seen excavating the river bed for the ancient coins they believe are hidden near the river or in the river bed. However, so far, after five days of frenzied searching, not a single coin has been found.

Madhya Pradesh: People are thronging Shivpura and Garudpura villages in Rajgarh district to dig mud in Parvati river in search of gold and silver coins.

"Eight days back, some fishermen found some coins here. Since then, people are coming here," says a local. (10.01.2021) pic.twitter.com/NkYWS3lJGx

The mausoleum of Nana Saheb, a 19-century Peshwa (ruler) of the Maratha empire is near this river and it is said Mughal rulers used to cross near where everyone's digging. However, what fuelled the the present gold rush was the alleged report that about 10 gold coins of the Mughal-era had been found near the river.

A village official confirmed the digging to an Indian daily New Indian Express. He said: "We came to know about the development four or five days back, after which we alerted the police. It's possible that coins which were thrown into the river as ritual offerings in the old days are being found now."