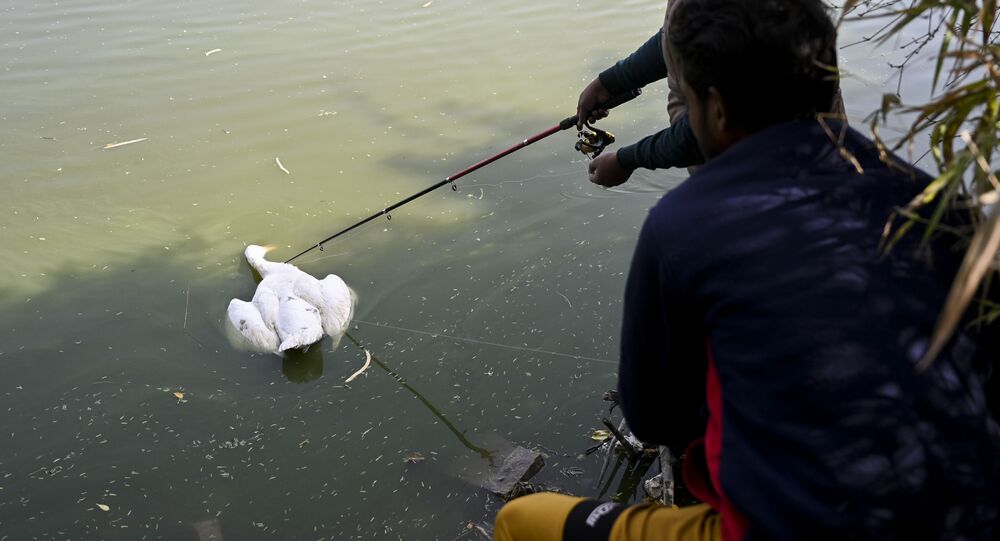 While the nation is still struggling with the coronavirus pandemic, India is witnessing the deaths of several types of birds due to the spread of avian influenza. In recent days, the Indian government has urged state authorities and union territories (UTs) to take all possible steps to urgently contain the much feared bird flu.

On Monday, Maharashtra reported the deaths of around 800 chickens, thus joining a cluster of other Indian states including Uttar Pradesh, Kerala, Rajasthan, Madhya Pradesh, Himachal Pradesh, Haryana, Gujarat, and Delhi – that are also fighting the avian flu after confirming its presence.

© AP Photo / K.M. Chaudary
Avian Flu Hits India: 40,000 Birds to be Culled in Kerala as Four States on High Alert
The bird flu situation has stirred up major panic and hysteria among many Indians, especially those who consume chicken and eggs on a regular basis.

In a bid to lighten the mood, netizens are using humour and sharing memes on how non-vegetarians are switching to vegetarian food now that chicken and eggs are not a preferred option.

​Doctors have also taken to social media to jot down noteworthy points about the flu.

​At present, the deaths of thousands of birds, from ducks and hens to crow species have been reported in at least eight Indian states.

© AFP 2020 / Hector Guerrero
Indian Government Asks States to be Cautious in Light of Bird Flu
In light of the situation, the government has even directed zoo managements to submit daily reports to the Central Zoo Authority (CZA) until their area is declared free from the disease.

The cost of chickens and eggs have drastically plunged in recent days. In fact, several markets that deal in the wholesale trading of poultry across the country, including in Delhi, currently stand deserted because of the bird flu scare.