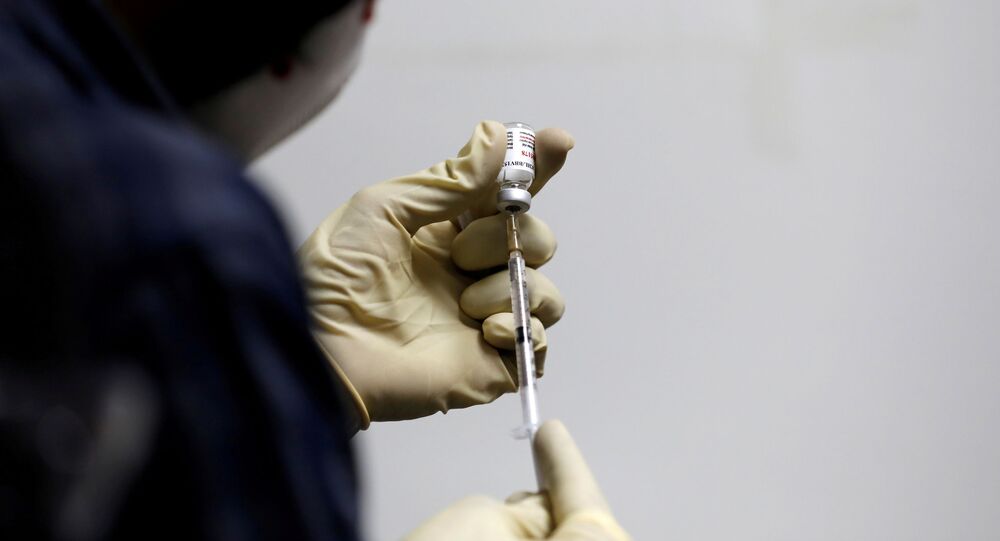 Earlier this month, the Drug Controller General of India approved two vaccines - Oxford-AstraZeneca’s Covishield and Bharat Biotech’s Covaxin, although they are still for restricted use in emergency situations.

In a letter addressed to Prime Minister Modi and federal Health Minister Harsh Vardhan, the NGOs said: "We are writing to you to apprise you of the on-ground situation regarding the conduct of the trial. Evidence has emerged that the trial in Bhopal (Madhya Pradesh) is being conducted in gross violation of laws and guidelines governing clinical trials in India."

In their letter, a copy of which was obtained by Sputnik, the NGOs have demanded that those who were negligent in ensuring the safety, wellbeing, and rights of the trial participants be punished.

The letter states: "This is leading to the exploitation and harm of a community that is not just economically and socially deprived but whose health is compromised because of the destructive affect [of the Bhopal disaster] and its consequences."

Demanding to have the Covaxin trial in the city stopped and granting financial compensation for "damages caused", the NGOs allege that vulnerable inhabitants have been wrongly herded to participate in the trials while flouting the consent procedure and other testing protocols.

They also allege that authorities are not keeping a check on the health complications experienced by those who have taken the vaccine.

"At least 700 of the 1,700 people on whom the vaccine is being tested are those poisoned (by Union Carbide in 1984). One gas victim has already died within 10 days of getting the trial shot and many continue to have health complaints of serious nature," the letter claims.

Last month on 12 December, a 42-year-old man died nine days after participating in the clinical trial for Covaxin in Bhopal. However, the producers of Covaxin claimed in a statement that the death was unrelated to their drug.

Meanwhile, the Indian government has announced it will launch its Covid-19 vaccination drive on 16 January, with the first shots to be given to nearly 30 million healthcare and frontline workers in the country.

According statistics from India's federal Ministry of Health and Family Welfare, the total number of Covid cases in India passed the 10.04 million mark, with 151,160 deaths recorded so far. However, more than 10 million ill people have been discharged.