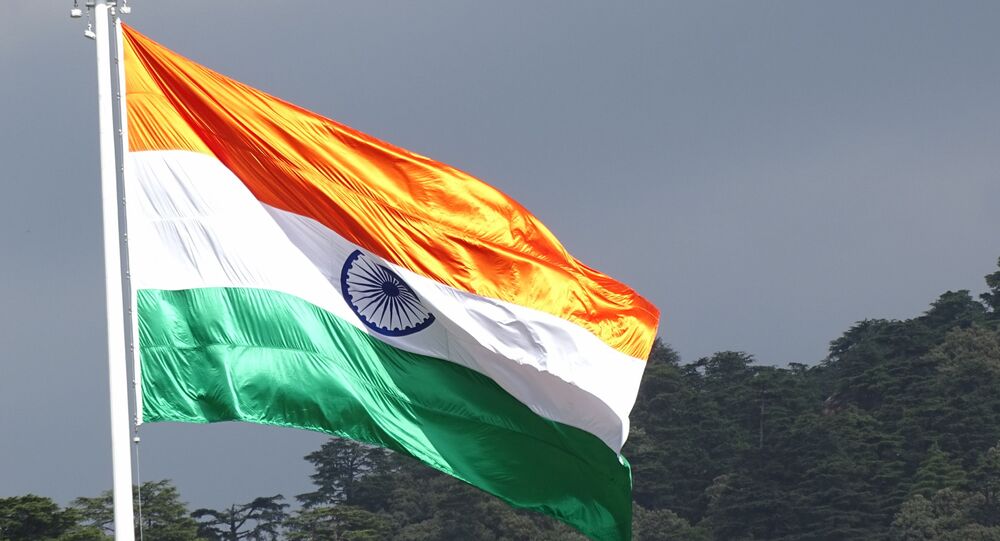 'One Fight We Don't Need to Participate in', Says BJP MP as Indian Flag Spotted at US Capitol

On Wednesday, supporters of outgoing US President Donald Trump rioted on Capitol Hill in Washington, DC, breaking into the US capitol building amid a session of Congress busy certifying President-elect Joe Biden's election win.

A legislator from India’s ruling Bharatiya Janata Party Varun Gandhi on Thursday expressed shock at the presence of an Indian tri-color outside the US Capitol, where supporters of President Donald Trump had staged a massive 'Stop the Steal' rally.

He tweeted that this was "one fight we definitely do not need to participate in" and wondered why there was an Indian flag there.

Why is there an Indian flag there??? This is one fight we definitely don’t need to participate in... pic.twitter.com/1dP2KtgHvf

Reacting to the mob storming the US Capitol building, Indian Prime Minister Narendra Modi, a “great friend” of Trump's, said that the democratic process cannot be allowed to be subverted through unlawful protests.

Distressed to see news about rioting and violence in Washington DC. Orderly and peaceful transfer of power must continue. The democratic process cannot be allowed to be subverted through unlawful protests.

Modi and Trump had held two major rallies— in Houston and Ahmedabad -- ahead of the US Presidential Election, enthusiastically exhibiting their bonhomie. At the time, Modi urged the Indian-Americans to extend their support to Donald Trump in the election. Standing next to Trump at the ‘Howdy Modi’ event in Houston in September 2019, the prime minister delivered a twist on his own election slogan: “Abki baar Trump sarkar” or “This time, a Trump government.”

'How Election Results Are Disputed in a Banana Republic': George W. Bush Slams US Capitol Violence