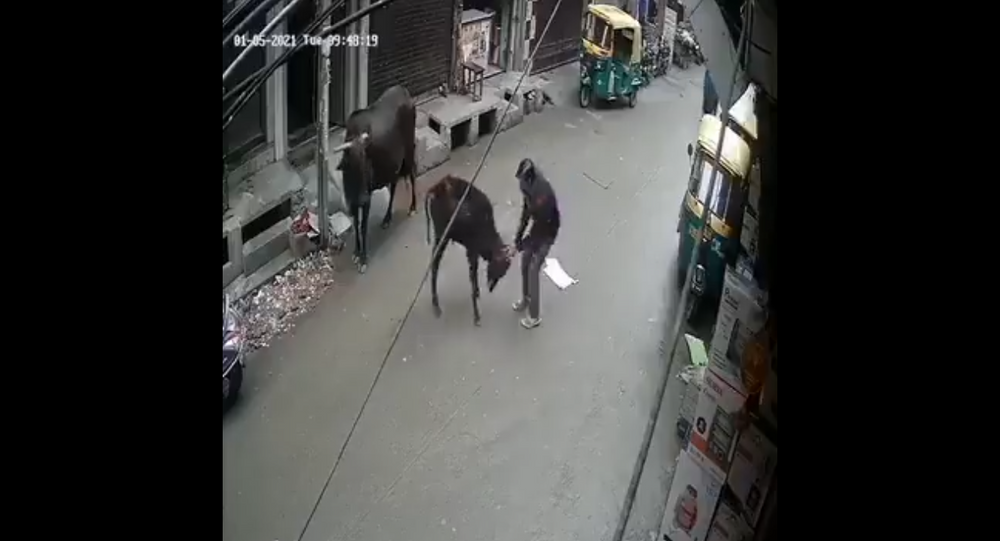 Over the years, the Bharatiya Janata Party along with its affiliates have been working tirelessly for the protection of cows in the country, as these cattle are considered to be holy animals in Hinduism and are revered by millions of people.

A man has been arrested for assaulting a calf in India's capital New Delhi, police said on Wednesday. The incident took place on Tuesday.

The CCTV footage of the incident, which went viral on Wednesday, shows the calf raging towards the man who was passing by in the street. This enraged the man so much that he first hit the calf with his feet and hands, then he picked up a brick and mercilessly hit the calf repeatedly on its head and backbone until it collapsed.

#JUSTIN: Delhi Police has arrested a man on the charges of animal cruelty in East Delhi’s Mandawali. An FIR has been registered against him. @IndianExpress, @ieDelhi pic.twitter.com/hntb4t7VfG

According to the police, the accused has been identified as Kamal Singh and has been arrested for for animal cruelty.

"We received a animal cruelty call following which personnel reached the spot and found the animal injured. The policemen sent the calf to a nearby ckubuc for medical examination and treatment. The accused was identified and arrested," Deputy Commissioner of Police (East) Deepak Kumar said.