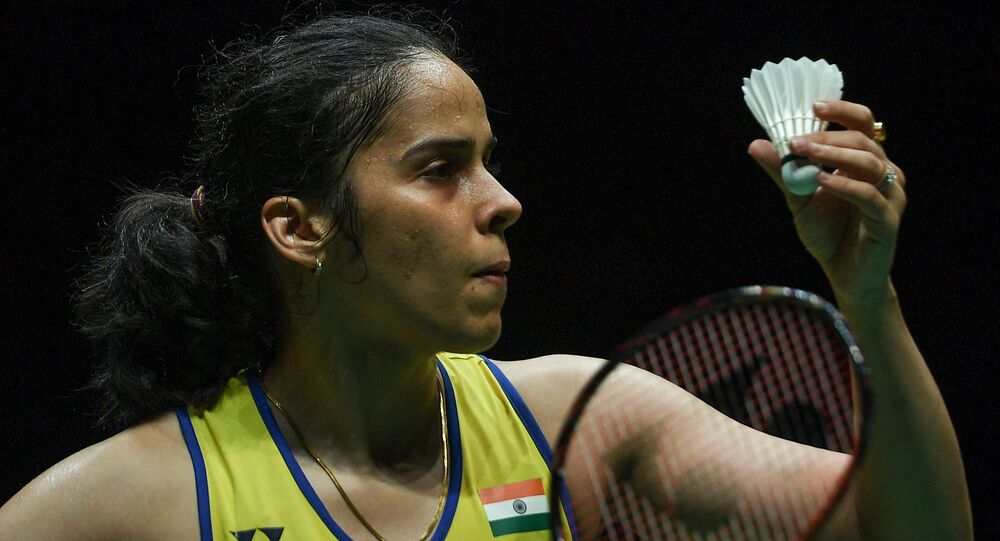 Saina Nehwal, who travelled to Bangkok to play in her first tournaments since March due to COVID, says players "can't stay in good shape" because they aren't allowed to spend enough time in the gym or with their trainers.

Indian professional badminton player and former world number one Saina Nehwal has slammed the Badminton World Federation (BWF) on Twitter over regulations that it's put in place for tournaments in Thailand.

The BWF halted the season following the pandemic and the two competitions in Bangkok mark Nehwal's first appearance since March, when she played in the All England Championship.

In several tweets, she says players have not been allowed access to physios and trainers during the four-weeks of tournament, and argues that this can affect their performance and condition.

While complaining that there's no time for warmups and stretching, the Olympic bronze medalist says players have also not been able to spend enough time with their trainers in Thailand.

She tweeted, "Tried contacting @bwfmedia, but no reply, so had to do this."

The physios and trainers cannot meet us during the entire tour after all of us have tested negative ? @bwfmedia @bwf_ac 4 weeks of this 🤷‍♀️🤷‍♀️ how is it possible to maintain ourselves . We want to play the tournament in good condition. Please sort this @bwfmedia .

Practice only for an hour everyday for the entire team ? Gym timings the same ... considering March being the important Olympic qualification period this is not good enough to be in good shape . @bwfmedia

No Time for warm ups / taping / cool downs / stretches..we are talking about the best players in the world competing isn’t it ? We’ve spent a lot of money getting the physios and trainers along with us . If they can’t help us then why was this not told before ? @bwfmedia

​Another Indian player, P.V. Sindhu, who rose to number two in the world is also participating in the tournament. She's set to open against Denmark's Mia Blichfeldt, while Nehwal, who has recently recovered from COVID, will face world number three – Japan’s Nozomi Okuhara – in the first round.

Indian Olympic Medallist P.V. Sindhu Retires, But Not From Badminton, Fans in Frenzy