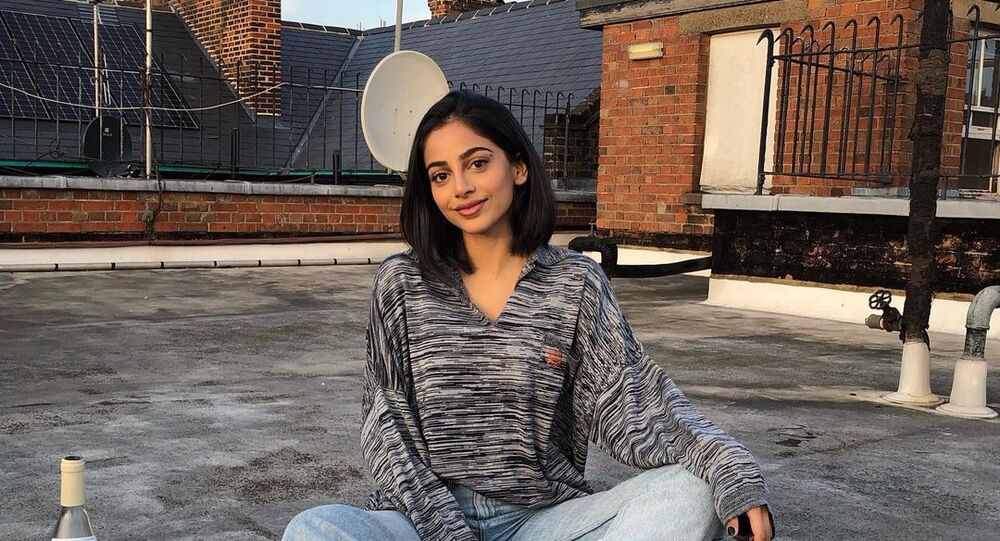 'No One is VIP': British Actress Slammed for 'Refusing COVID Treatment' at Gov't Hospital in India

The actress was diagnosed with COVID-19 on Monday, but she remained in an ambulance outside the Beliaghata Infectious Diseases Hospital in Kolkata for an hour as top doctors at the facility tried to convince her to receive treatment there, but failed, media reports say.

British actress Banita Sandhu, who recently starred with Bollywood actor Varun Dhawan in the movie "October", has upset her fans for allegedly throwing tantrums outside a government hospital in the Indian city of Kolkata.

Sandhu reportedly refused to be admitted to the Beliaghata Infectious Diseases Hospital for COVID treatment after testing positive.

She travelled from the UK to India for a film shoot on a flight with a person who tested positive for the new strain of the coronavirus.

The 23-year-old actress refused to leave the ambulance, alleging that the hospital lacked proper infrastructure. The hospital authorities informed the British High Commission and the police, following which law enforcement surrounded the ambulance so that she could not leave.

The actress was forced to sign a declaration that she was unwilling to be admitted there as "she felt the medical establishment lacked infrastructure". Later on, she was admitted to a private hospital.

While some netizens wished her a speedy recovery, others slammed her for throwing a tantrum. One netizen termed it a case “of don't-you-know-who-I-am”, while another said “no one is a VIP when it comes to dealing with Coronavirus”.

No one is a VIP when it comes to dealing with Corona virus.. Threatening to leave and putting peoples life in jeopardy for VIP treatment.@BanitaSandhu #BanitaSandhu

British actor Banita Sandhu tested positive for COVID-19 after traveling to Kolkata from the UK,& threw a fit, refusing to isolate as required by Indian govt health protocols. Demanded to be kept in a luxury hotel instead of medical center; a case of don't-you-know-who-I-am. https://t.co/a02Og5lQDu

Should be sent back to UK

Others wished the actress a quick recovery from COVID.

I pray for your fastest Recovery
Get well soon!!
I want to get mesmerized from your performance more and more....
I can see you are bravest among all..❤@BanitaSandhu

Millions of people are set to go back into a full coronavirus lockdown in the UK from Wednesday, likely until mid-February. The measure is a part of efforts to curb the spiralling infection rates, British Prime Minister Boris Johnson said on Monday.