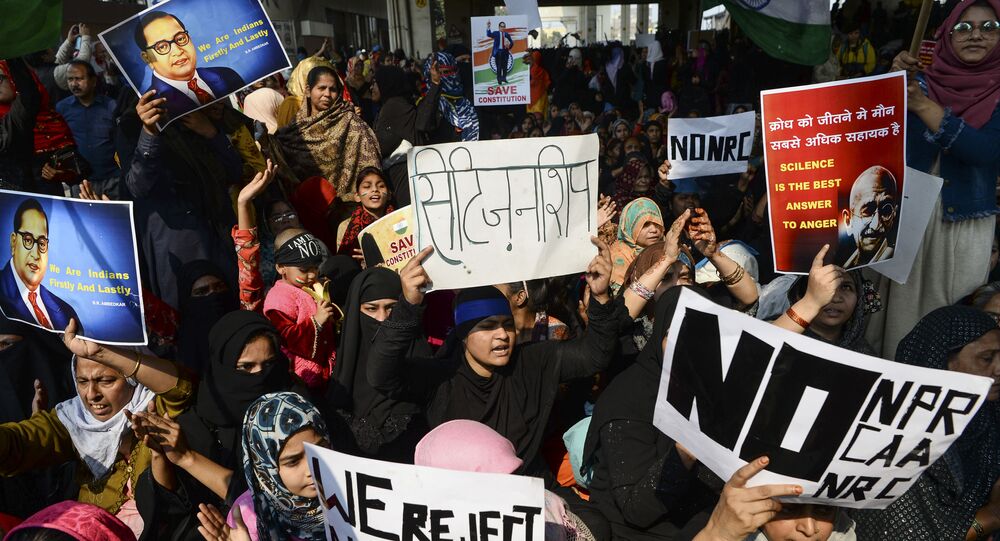 A report by India's federal child rights watchdog alleges that foreign funding received by charities linked to government dissenter Harsh Mander could have been used to fuel protests against Prime Minister Narendra Modi's government. Mander has been a vociferous critic of Modi because of the Citizenship Amendment Act (CAA).

Mander has been one of the loudest critics of the governing Bharatiya Janata Party (BJP) on issues such as food security and the Citizenship Amendment Act (CAA) among others.

In a new fact-finding report into Mander’s social justice think-tank, the Centre for Equity Studies, as well as two children shelter homes with which he is associated, the NCPCR has alleged that the government critic “concealed” his multiple sources of funding through several private investors.

“It is recommended that the Economic Offence Wing (EOW) of the Delhi Police, which is a specialised investigative agency in such matters, may examine the multiple sources of funding being given to these Homes and the use of the same. The accounts of these homes need to be audited and investigated for the above-mentioned financial irregularities”, states the report, a copy of which has been seen by Sputnik.

The most serious accusations levelled by the NCPCR relate to how money for two children shelters - Khushi Rainbow Home for girls and the Ummeed Aman Ghar for boys -  has allegedly been “diverted” to other recipients. Both shelters were raided by the NCPCR in October last year over allegations of suspicious foreign funding as well as  claims that minors from these facilities were forced to participate in protests against the controversial Citizenship Amendment Act (CAA).

Both these child shelters are managed by the Rainbow Foundation of India (RFI), a charity which is registered at the same New Delhi address as the Centre for Equity Studies. According to its website, Mander is a director of the Centre for Equity Studies. Besides being funded by the Delhi state government, the shelters have also received sizeable funding from other charities, which include the Association for Urban and Rural Needy (ARUN-India) and Can Assist Society.

Top level sources at the NCPCR have told Sputnik that ARUN-India had been getting funding from “controversial” global charity Islamic Relief Worldwide (IRW), headquartered in Amman, Jordan. They further disclosed that Can Assist Society - a charity registered at the Canadian High Commission's address in New Delhi - also “regularly” funded the two shelters through its “Dil Se” Campaign.

The federal officials recalled that IRW had been blacklisted in countries such as Israel, the United Arab Emirates (UAE) as well as Bangladesh in the past few years over allegations that it was illegally directing its funds to disseminate Islamist propaganda. The UAE government had in 2014 placed the Jordan-based charity on a list of proscribed organisations over alleged links to the Muslim Brotherhood, an Islamist movement declared a terrorist outfit by Abu Dhabi and Saudi Arabia.

The IRW has denied the charges.

NCPCR officials also allege that government and non-government funds received by the two children shelters through partner outfits such as ARUN-India and Can Assist were allegedly diverted to Mander’s think-tank and possibly also “funding” the protests.

“During our investigation, we met several residents at these shelters who told us that they were sent to protest against the CAA last year and asked to chant anti-government slogans”, a senior NCPRC official claimed.

“After reading the documents received from the organisation, the Commission discovered that besides the parent organisation - the Centre for Equity Studies - there were several other sources of funding for these two homes, including from other private organisations and the state government,” it says.

Mander has denied all the accusations leveled against him.

“This morning of 1 October it was evident that the government was using one more of its agencies, the National Commission for the Protection of Child Rights (NCPCR), to advance its campaign against the peaceful protesters and dissenters, to defame me. I have no idea about the spin that the NCPCR may give to their investigation," he said when the NCPCR carried out its raids in October.

© REUTERS / AMIT DAVE
Refugee Crisis & 'Anti-Muslim' Concerns: CAA Protests are Driven by Two Different Agendas – Journo
In December 2019, India was pushed to the edge as protests raged through the country, with thousands of people taking to the streets and demanding a rollback of the contentious Citizenship Amendment Act (CAA), which seeks to grant Indian citizenship to Hindu, Sikh, Buddhist, Jain, Parsi, and Christian migrants from Afghanistan, Bangladesh, and Pakistan.

The law triggered protests among Indian Muslims over fears that the CAA could be misused by authorities to deprive them of their Indian citizenship in the future. However, Narendra Modi's government explained that the law seeks to grant citizenship, "not snatch it".

The anti-CAA protests led to one of the worst communal riots ever in Delhi in February last year, leaving 53 dead.