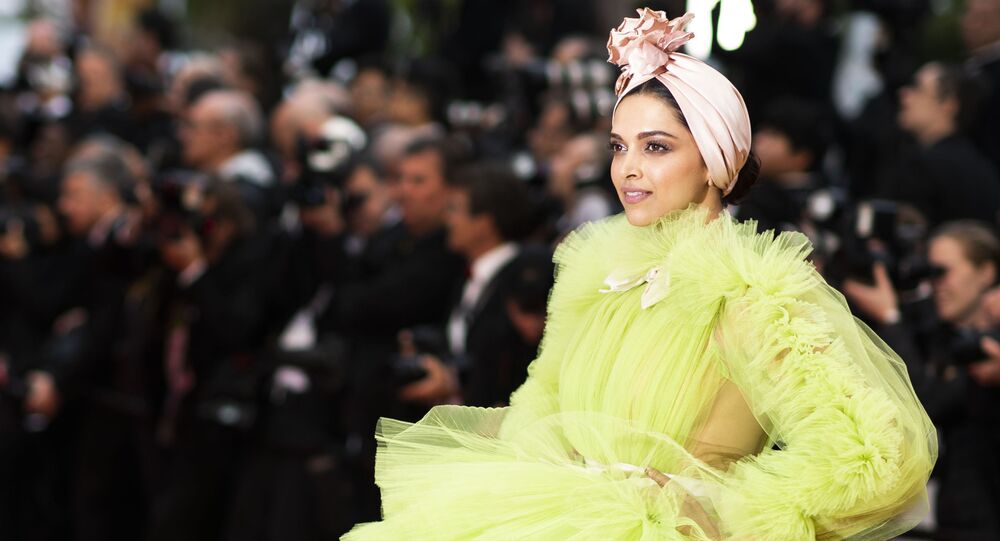 From being a badminton player to Bollywood fashionista and superstar, actress Deepika Padukone's journey has been no less than marvellous. Not only did she stun fans with her acting prowess in Bollywood and Hollywood, she also turned many heads with her style on the red carpet.

Be it her charismatic persona, gorgeous smile on her dimpled cheeks, power-packed performances on screen, or sense of fashion, actress Deepika Padukone has carved out a niche for herself in her journey to become one of the best actresses in Bollywood.

For her 35th birthday on Tuesday, Padukone's fans have flooded social media, reminiscing about her 13-year journey with some of her finest moments.

The actress won millions of hearts with her power-packed debut in 2007 while acting with superstar Shah Rukh Khan in the film "Om Shanti Om".

The fact that this is Deepika Padukone's first scene in her debut film....
ICONIC 💅
pic.twitter.com/c9QGUjfVdg#HappyBirthdayDeepikaPadukone

The actress went on to give remarkable performances in films such as "Race 2", "Yeh Jawani Hai Deewani", "Love Aaj Kal", "Chennai Express", "Cocktail", "Piku", and "Chhapaak".

"Anyone could talk about how beautiful she (Deepika) is, and anyone could tell you about her unmatched comedic timing. But she isn't just a star. She's an actor's actor, dedicated to the craft" — Vin Diesel#HappyBirthdayDeepikaPadukone pic.twitter.com/hD0W41Lvig

Born in the Danish capital, Copenhagen on 5 January 1986, Deepika was later raised in India's Bengaluru by her father Prakash Padukone, a legendary badminton player.

Following in her father's footsteps, Deepika too played national-level badminton before pursuing acting. Her younger sister Anisha opted to become a professional golfer.

Inspired by her badminton legend father, Prakash Padukone, she started playing badminton at a young age and played State-level badminton till the 10th standard.#HappyBirthdayDeepikaPadukone pic.twitter.com/qHiTHoij9L

In 2004, Deepika started off as a model and went on to learn acting at Anupam Kher's "Actor Prepares" school and dance from choreographer Shiamak Davar. After her share of struggles, she managed to carve out a niche for herself in the fashion and entertainment world.

Deepika got her first big break from singer and music composer Himesh Reshammiya on his album "Naam Hai Tera".

Deepika got her major break with much hit album ' Nam hai Tera" of Himesh Reshammiya's pop collection. This was the album in which Farah Khan spotted her and choose to cast her in her upcoming movie #HappyBirthdayDeepikaPadukone pic.twitter.com/e0ASvWIbDM

She hit a low phase in her life after she experienced depression in 2014 following a break-up with actor Ranbir Kapoor. She later opened up about it and decided to advocate and spread public awareness on mental health issues through her organisation "Live Love Laugh Foundation".

Deepika found the love of her life in Bollywood actor Ranveer Singh with whom she worked on "Goliyon ki Raasleela – Ram Leela", "Bajirao Mastani", and "Padmaavat". The couple tied the knot on 14 November 2018 at the picturesque Lake Como in Italy.

"Deepika nurtures a universe within herself: of love, compassion, kindness, intelligence, beauty, grace & empathy. These qualities make her a true and authentic artiste- she's one of the finest actors in the world" deepika's loving husband ranveer ❤️ #HappyBirthdayDeepikaPadukone pic.twitter.com/XqGt6NhBFk

​Of late, Deepika's name has featured in an ongoing Bollywood drug probe following actor Sushant Singh Rajput's death in Mumbai. She was interrogated by the federal Narcotics Control Bureau.