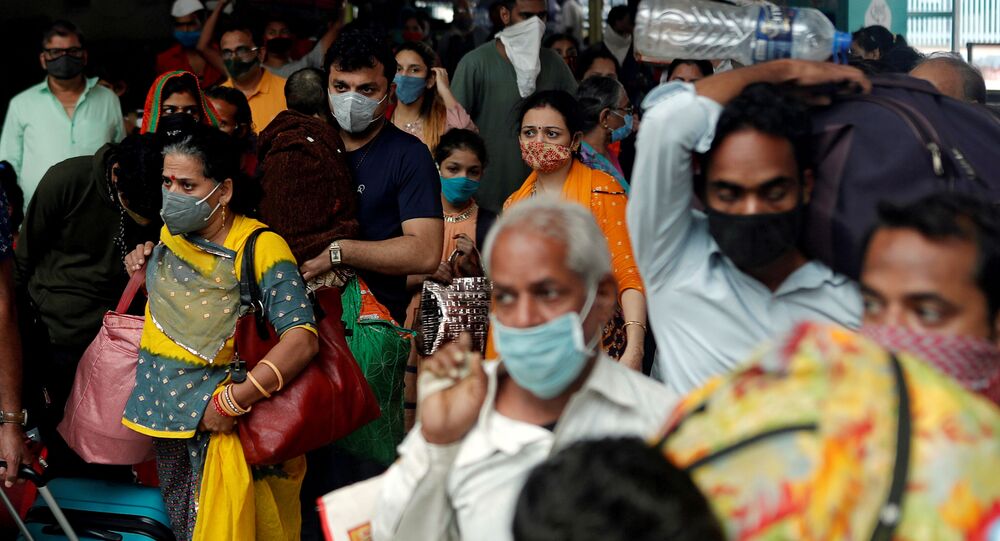 The Indian economy contracted massively from 3.1 percent economic growth in the quarter from January to March 2020, as the effects of the Covid-19 pandemic started to take hold. Once the lockdown restrictions were lifted to a certain degree, the economy began to show signs of recovery.

Health infrastructure and research and development may attract major support in the forthcoming budget of the Modi government which is expected to be tabled on the first day of February in the Parliament. Sources have told Sputnik that Indian Finance Minister Nirmala Sitharaman is expected to get the economy, which has been ravaged by the Covid-19 pandemic, firing on all cylinders by focusing on the health sector.

The pandemic has highlighted a great weakness in India's health infrastructure and the budget is likely to fix that, sources in the finance ministry have said.

“Research and development in the health sector and setting up health infrastructure may remain one of the key focus areas in the budget,” a source close to the treasury told Sputnik.

It may be noted that the Indian government is also facing a major hit to the tax revenue because of the pandemic which means that there might not be direct government funding for any sector.

“More reforms in the healthcare sector such as research and development in collaboration with the private sector is also on the cards. Setting up hospitals in partnership between the government and the private sector may also be announced,” the source indicated.

In last year's budget, finance minister Nirmala Sitharaman had cut funding for one of the major flagship projects of the Bharatiya Janata Party government - the health insurance scheme – Ayushman Bharat Yojana, bringing free healthcare to 40 percent of the population.