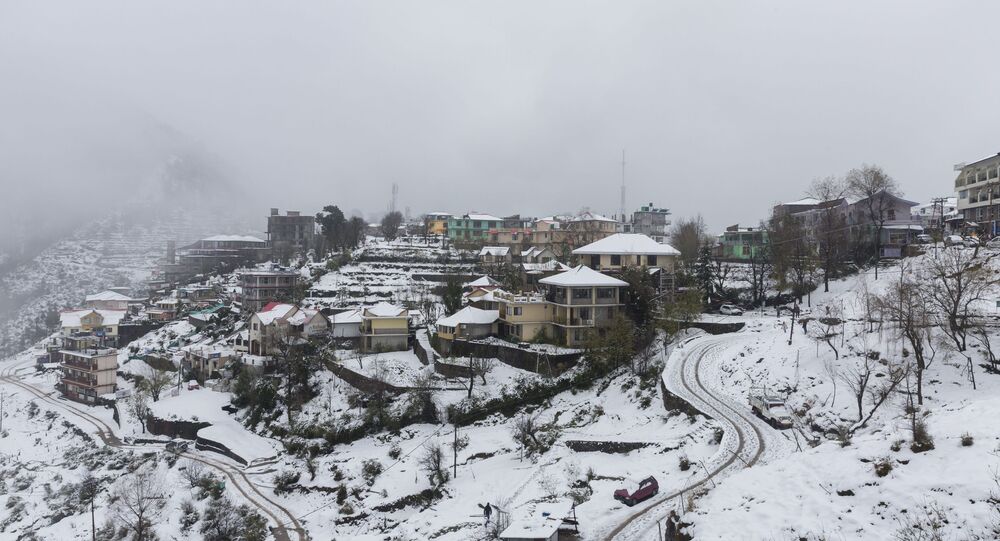 The Indian weather department has forecast heavy to very heavy rain and snowfall in the state of Himachal Pradesh, issuing a yellow alert for the area. Colour-coded warnings are issued to alert the public of inclement weather.

Hundreds of people have been stranded in the Indian state of Himachal Pradesh due to a landslide. The natural calamity occurred near the Kinnaur-Kaza national highway that passes through the state's Kinnaur district.

The scenic Himachal Pradesh is a popular tourist place in the country and brings in tens of thousands of people, especially honeymooners and foreign travellers every year.

Himachal Pradesh: National Highway-5 from Kinnaur to Kaza is blocked since last night at Malling-Nalla near Nako in Kinnaur district, due to landslide; many vehicles stranded on both sides. pic.twitter.com/pZSBVaRJ3c

Vehicular traffic near the Kinnaur-Kaza highway has been affected, leaving it dotted with the private vehicle owners waiting for an alternative route or a detour to reach their respective destinations.

Local media reports suggest that the Border Roads Organisation is trying to remove the debris to clear the national highway.

According to a report in the newspaper Tribune, the landslide was followed by snow and the road link between the Lahaul-Spiti district and several villages was cut off.