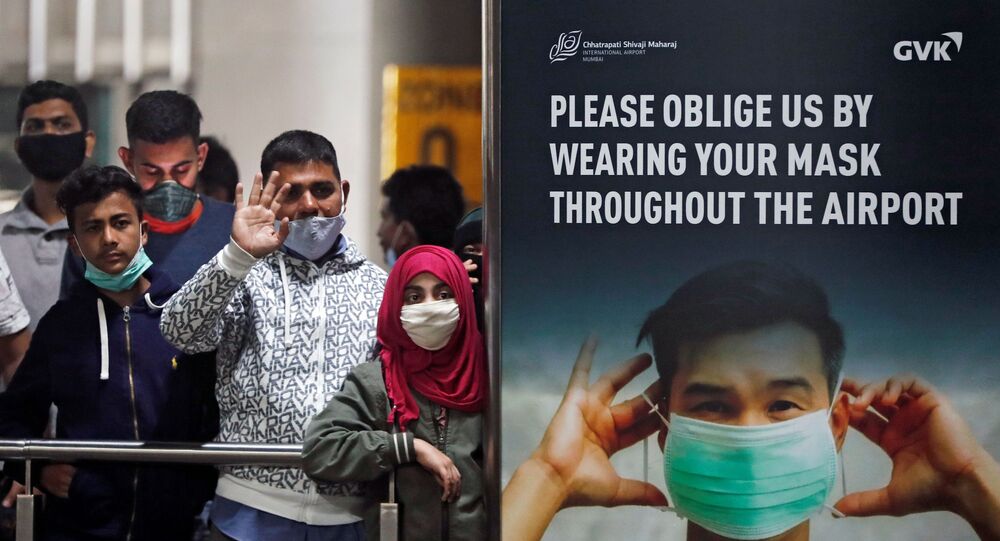 On Wednesday, the Indian Government extended a ban on flights from the United Kingdom till 7 January due to the detection of cases of the new coronavirus strain in the country. As per the authorities, around 25 people who returned from the UK, have tested positive for the new Covid-19 variant, which is 20% more infectious.

Panic has gripped the Indian state of Bihar as 45 of the 226 air passengers who had arrived from the UK between 21 November and 21 December remain untraceable.

The government has stepped up its efforts to contact them and test them for the new strain of coronavirus.

Earlier, as per the records, India's Ministry of Civil Aviation (MoCA) had sent a list of 226 passengers who reached Bihar between 21 November and 21 December.

As per the state authorities, it is not easy to trace all of them (passengers who came from the UK).

"The names, contact number and address of passengers have been sent to our medical officers in charge of community health centres (CHCs) to track them and collect their swab samples," a senior Bihar state health official told Sputnik.

However, authorities are finding it difficult to trace them in some cases, as many of them do not reside at the address they'd provided to us, the official added.

Meanwhile, speaking to the media, Khalid Arshad, administrative officer of the State Health Society of Bihar, said that 101 of the 181 passengers traced so far have tested negative for the virus.

“Sample collection of the rest of the traced passengers is under process. None of the samples has tested positive till now,” Arshad stated.

The State Health Department had asked its functionaries to trace and collect samples of all such passengers and requested that Rajendra Memorial Research Institute of Medical Sciences (RMRIMS), a laboratory of the Indian Council of Medical Research (ICMR) expedite their testing through the RT-PCR method.

The Health Department has already requested all UK returnees to isolate themselves and contact their nearest government health facility for the RT-PCR test.

Meanwhile, there are 254,254 active cases in the country and 148,994 deaths reported so far. However, 9,883,461 people have been cured/discharged as well, as per India’s Ministry of Health and Family Welfare statistics.