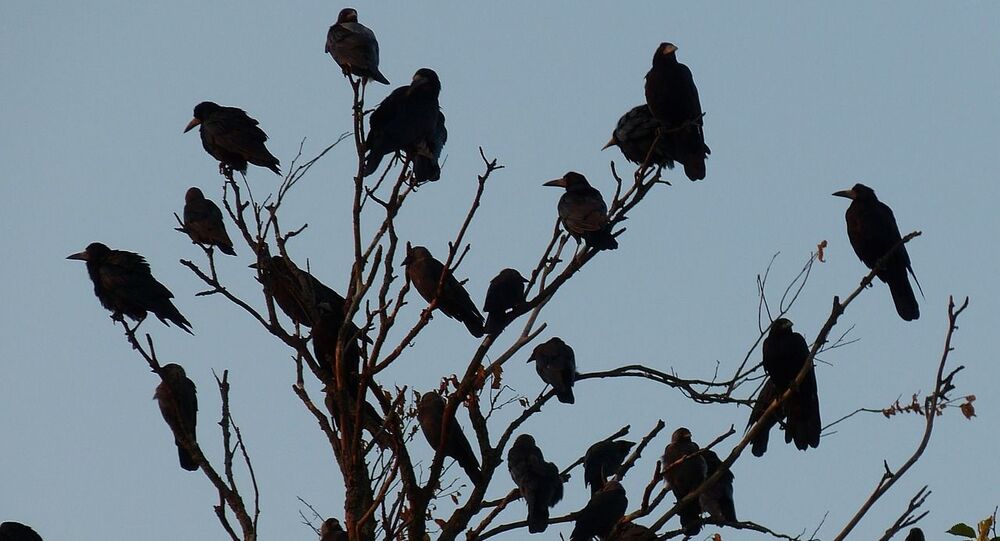 Earlier this year, the Indian health ministry found highly pathogenic H5N1 avian influenza outbreaks in poultry and other birds in several parts of the country. Three outbreaks out of six involved poultry, two involved house crows, and one affected birds at a zoo.

While healthcare workers are struggling to save lives amid the coronavirus pandemic and deadly Black Fungus, bird flu has been reported in India's western state of Rajasthan. Health officials have admitted that a large number of crows infected with avian flu were found dead in the area around Radi in Jhalawar district.

"There were unusual deaths of several dozen crows in the area on 25 December. A joint team from the Forest Department and Animal Husbandry Department treated the sick crows and sent the sample to the National Institute of High Security Animal Disease in Bhopal," N. Gohain, District Collector of  the district said.

He further mentioned that the investigation has confirmed avian influenza in crows.

Following the deaths, Gohain has directed to investigate all the poultry farms by implementing zero mobility in the affected area.

Panic has struck among people of the area, while the district collector Gohain has asked locals not to worry, as teams are working on it.

According to the World Health Organisation (WHO), avian influenzas do not easily infect humans, and it’s unusual for them to spread from person to person.

The WHO notes, “Meat products and eggs can be safely consumed, provided they are properly prepared, because influenza viruses are inactivated by thorough cooking.”