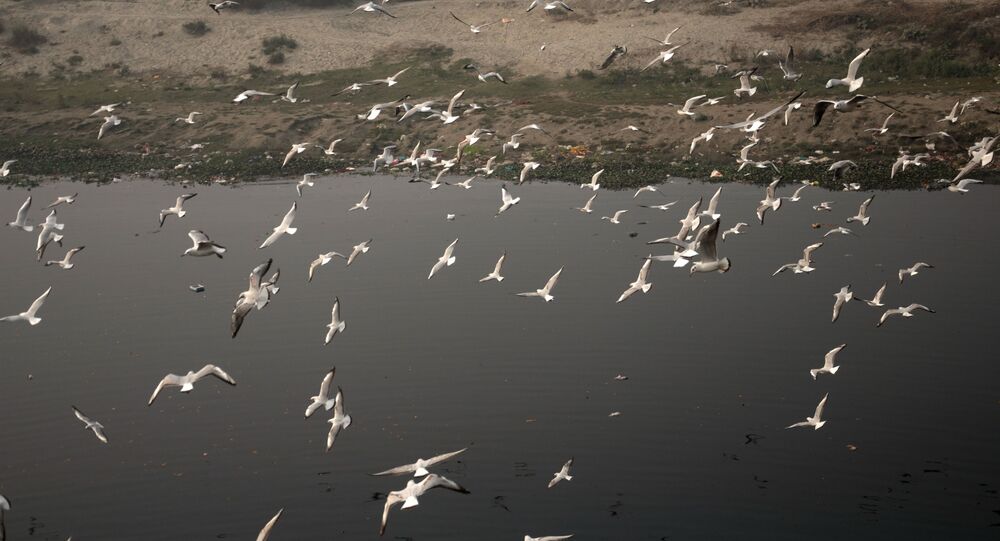 Every year from October to January, the concentration of ammonia in the river Yamuna increases to as much as six or seven times the permissible limit. This year, spikes in pollution have been reported more frequently.

Parts of India's capital New Delhi has had no water since Tuesday. As per media reports, it happened due to an alarming rise in ammonia levels in the water from its neighbouring state Haryana, which supplies water to Delhi.

According to the officials, the ammonia level shot up to 7.3 parts per million (ppm) at the Wazirabad pond area; the permissible limit is only 0.5 ppm. The Delhi Government obtains water from the pond for urban use.

According to the national standards body, the Bureau of Indian Standards (BIS), if the limit of ammonia exceeds one ppm, it may damage peoples' internal organs.

When the ammonia level increases in the city’s only river, the Yamuna, water production at three out of nine of the state's water treatment plants, in Wazirabad, Chandrawal and Okhla, is either stopped or reduced.

As of now, the state government can treat ammonia-mixed water to 0.90 ppm. When the level exceeds that, the plant shuts down for chlorination, and the process takes three days.

The Delhi government has blamed Haryana state for releasing industrial effluents into the river Yamuna despite repeated reminders. The government spokesperson has also requested that the Central Pollution Control Board look into the issue and sternly deal with the "irresponsible behaviour" of the Haryana state government, reported The Indian Express.

Ammonia is used as an industrial chemical to produce fertilisers, plastics, dyes and other products. It also occurs naturally in the environment from the breakdown of organic waste matter, including sewage.

Geeta Pokhriyal, a 44-year-old housewife and a resident of Delhi’s Sangam Vihar area, says that she wished the government had warned the general public to reserve some water ahead of the crisis.

"Since Tuesday morning we have been facing a water shortage. No information was shared with us in advance. If officials would have shared the problem in advance, we would have prepared for it," Geeta, whose husband is a rickshaw-puller in the city, tells Sputnik.

Asked if they were getting water tankers in the area as a help, she shared that she has three children, aged eight to fourteen.

“Temperature is as low as 10-degree celsius. I can't ask my children to fill the water bucket in the open from water tankers. I can only carry 10-15 litres of water. At this moment I have water to cook only. I hope the supply gets restored by late night today."

Another resident, Mandakini from north Delhi, also shared some of her challenges, saying, "The Delhi government has promised a 24-7 water supply. But this is becoming a frequent problem here. Last month too, our taps were running dry. During summer we face water scarcity, and during winter some chemical level is high; hence we can't drink. What do we do?"

"Sending water tankers is not a solution. Many can't physically carry the buckets. In a family of seven, we need a minimum of 200 litres of water. We can carry water only for drinking and cooking. What about other requirements like using the washroom, washing clothes, cleaning the house, utensils?" explains another resident, Rekha Kumari, who has been living in Delhi for the last two years.