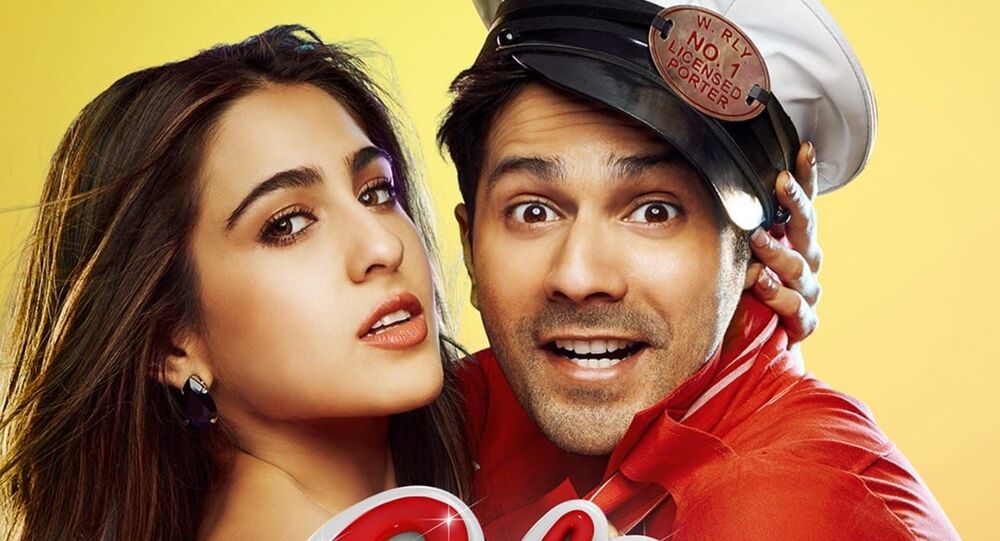 In recent years, several Bollywood movies from yesteryear have witnessed remakes starring newer actors and actresses. Filmmakers, character actors, and other crew members who worked on the original movies are rehashing these iconic films in a bid to recreate their magic for the content streaming generation.

Bollywood young guns, actor Varun Dhawan and actress Sara Ali Khan, have found themselves at the receiving end of brutal trolling after their version of yesteryear blockbuster "Coolie No. 1" was released on content streaming platform Amazon Prime.

While the script of the rehashed version remains the same as the original movie, Varun and Sara have been accused of adding "unnecessary" gloss to the marquee and making the screenplay appear too flashy and loud. The young actors have also been called out for spoiling the former box office hit with their "overacting".

​The original film, a typical Bollywood romantic comedy featuring iconic veteran actor Govinda and actress Karisma Kapoor, was released in 1995 and became a huge success at the time.

The plot revolves around a young coolie who comes in contact with a marriage matchmaker, hunting for a suitable groom for the daughter of a rich and egotistical businessman.

The recreated version of the film that also stars legendary B-town comedians Johnny Lever, Rajpal Yadav, Javed Jaffrey, and Paresh Rawal is otherwise complete with chartbuster songs from the original film and the same choreography as was shown in the 1995 version.

Director David Dhawan, father of actor Varun Dhawan, and who made the movie back in 1995 also directed the rehashed version.

Audiences have had mixed opinions on these recreated movies, with many expressing on social media that the original films and cast were real gold.