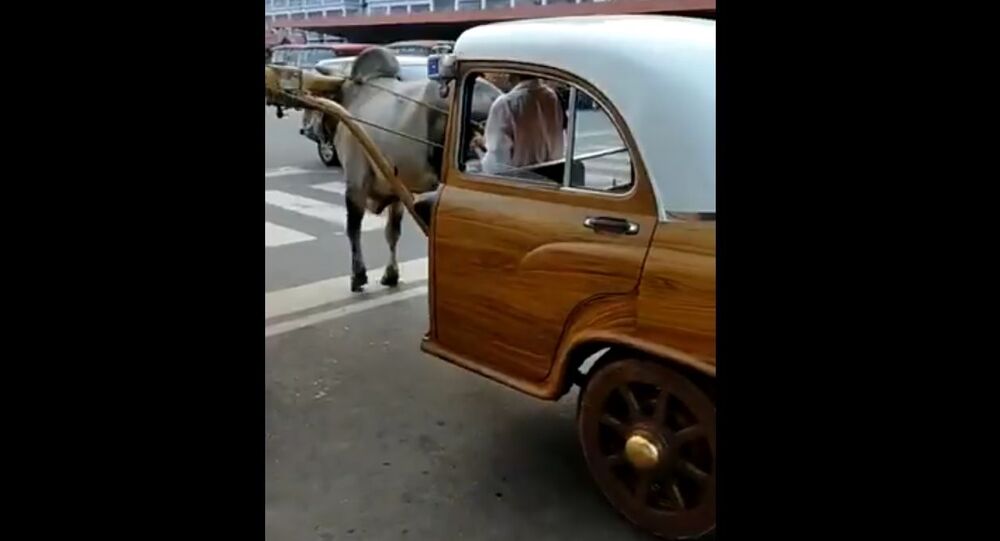 Indian business tycoon Anand Mahindra keeps surprising netizens with his creative, witty, and inspiring posts on social media. This time, he threw down the gauntlet to Tesla Chief Executive Officer Elon Musk proving he had a better solution for renewable energy transport than the South African/American billionaire.

Many of us have seen bullock carts in films and, indeed, in real-life - but this innovative renewable energy-fuelled “bullock car” in a recent video which went viral will blow your mind and win your heart.

In the video, taken in the southern state of Karnataka’s Dharmasthala town, two huge bulls can be seen pulling a lush golden yellow ambassador car like a chariot as its driver sits in the front seat holding its ropes.

A quirky combination which is both innovative and environmentally friendly, Anand Mahindra, chairman of one of India's biggest industry groups, Mahindra, took to social media and tagged Tesla chief executive Elon Musk - known for his experiments in clean energy - on his post, saying, “I don’t think @elonmusk & Tesla can match the low cost of this renewable energy-fuelled car. Not sure about the emissions level, though, if you take methane into account.”

Within a few hours of its posting, the video had spread like wildfire, prompting a lot of reactions from netizens.

One wrote, “Nobody can match Indian #Jugad technology,” and another commented, “When old world meets New world.”

I don’t think @elonmusk & Tesla can match the low cost of this renewable energy-fuelled car. Not sure about the emissions level, though, if you take methane into account... pic.twitter.com/C7QzbEOGys