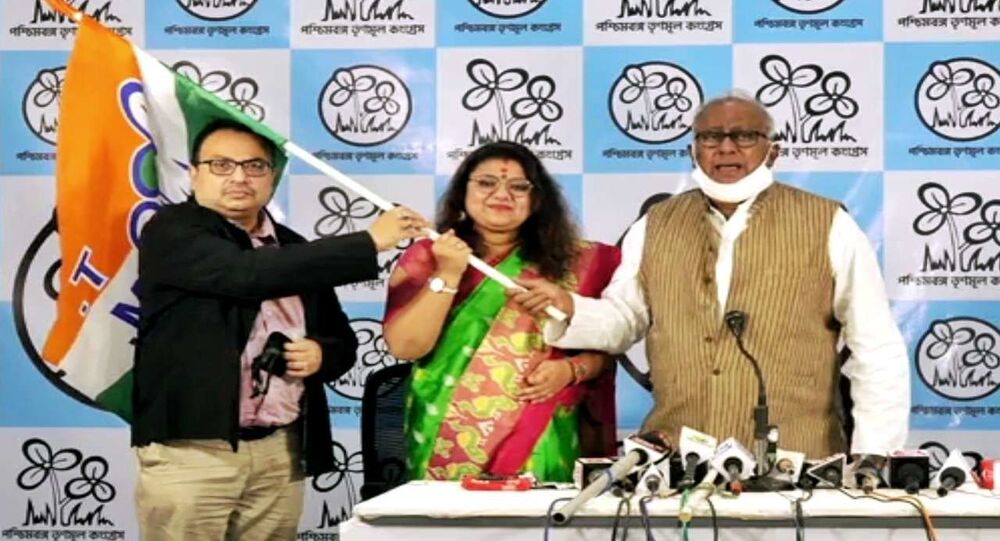 A West Bengal couple tied the knot a decade ago after an intense period of courtship and romance. The two had met when Sujata Mondal Khan was a government teacher and Saumitra Khan was a member of Congress, a media report said.

Netizens are taking a dig at a power couple in the Indian state of West Bengal who are seeking divorce over differences in political choices.

The move has prompted her husband to dissociate himself from her. Saumitra Khan is the president of BJP’s local youth wing and a parliamentarian from the State’s Bishnupur constituency.

The divorce drama has indicated that the political ambitions that brought them together are what's tearing them apart. Meanwhile, netizens are dripping with sarcasm while discussing the couple’s marital woes.

Abe🤣🤣🤣
It is the wife who cheated here
She campaigned for BJP in 2014 and her husband won
Now she has joined TMC
So who fooled the public
Aur divorce ke liye shayad dono ki razamand chahiye hoti hai, nahi?🤣

In Uttar Pradesh,it is called love jihad, please report this to Yogi Ji 🤣🤣

​Meanwhile, some have accused the couple of enacting this drama to grab the limelight.

This is how to get limelight

​Whatever the fate of the couple’s political aspirations, their marital woes have certainly become something for netizens to gab about.