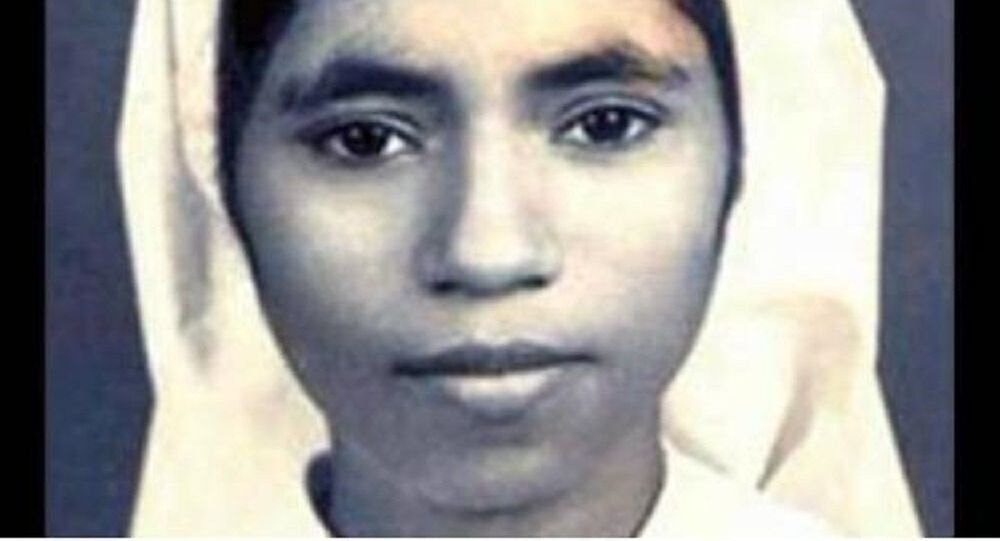 Initially, the case was dismissed by Kerala's local state police as a “suicide”, but uproar over the issue forced law enforcement officers to investigate the matter further. On the court’s directions, the case was transferred to the country’s top investigation agency, the Central Bureau of Investigation (CBI).

In one of the longest murder trials, 28 years after her body was found dumped in a well, a special court of the Indian investigation agency, the Central Bureau of Investigation (CBI) pronounced a vicar and a nun guilty of killing 19-year-old Sister Abhaya in India's Kerala state.

The grim case was replete with elements of sleaze, mystery and murder and shocked the nation in 1992. Only days ahead of Christmas, the vicar Father Thomas Kottoor and nun Sister Sephy have been found guilty of murder and tampering with evidence.

The Central Bureau of Investigation (CBI) told the special court that Sister Abhaya witnessed intimate relations between Kottoor and Sephy on 27 March 1992 as she went from her hostel room to the kitchen early morning at 4.15.

According to the CBI, Sephy - fearing Sister Abhaya might tell others and she and Kottoor would be banished from the church - hit Sister Abhaya in a fit of anger with an axe and then pushed her, with Kottoor's help, into the well while she was still alive.

The court was told that the two had destroyed the evidence and misled the church to hide their sexual relations.

The punishment will be pronounced on Wednesday 23 December.

Such a wait for justice! Nearly 28 years! #CBI court to deliver its final judgement on the death of #SisterAbhaya - a teenaged nun who was found dead in a convent well in March 27, 1992. Case was first investigated by local #Police & State crime branch. #Kottayam #Kerala pic.twitter.com/tF843RGzjA