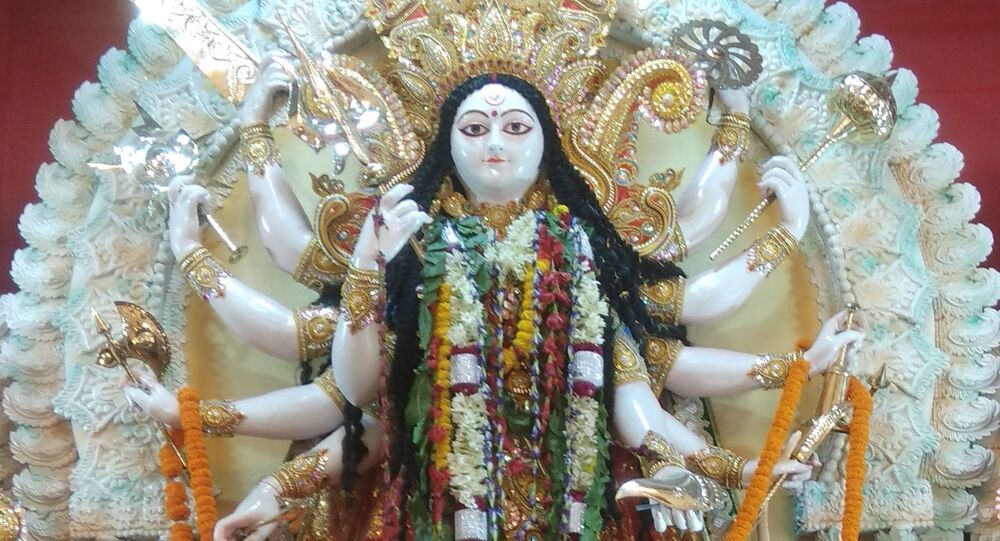 Most ethnic Tamils living in Buddhist-majority Sri Lanka practice Hinduism, like their counterparts in the Indian state of Tamil Nadu. The Civil War in the South Asian country, which ended in 2009, has often been blamed for the worsening of already-strained relations between the Tamil and Sinhala Buddhist communities.

A Facebook post depicting Hindu Goddess Durga in revealing clothes has triggered a strong reaction among Sri Lankan Tamils, with many of them demanding that punitive action be taken against the lawyer who made the offending social media post.

Several Tamil outfits in the South Asian country, backed by politicians from the Tamil National Alliance (TNA), have written to the federal authorities in Colombo, demanding that the lawyer be prosecuted under the country’s cyber crime laws.

A Facebook post by a Sri Lankan lawyer depicting #Hindu goddess Durga in a scantily-clad state has triggered massive outrage among Sri Lankan Tamils. A top Hindu priest body in #SriLanka has also warned that the post could lead to sectarian tensions, if the lawyer isn't arrested pic.twitter.com/PFIHBcRQ3U

​"The derogatory post not only hurts the feelings of Tamils in Sri Lanka, but also other communities who believe in peaceful coexistence. We have been receiving letters of diaspora from Sri Lankan Tamils across the world. The Sri Lankan Tamils living overseas have also been writing to their local missions demanding action against the post and Facebook," M.K. Sachithanathan, the leader of Hindu advocacy outfit Siva Senai, told Sputnik on Monday.

Sachithanathan also said that the members of the Sri Lankan Tamil diaspora in other countries have been writing to their local Sri Lankan missions to protest the derogatory post.

“Our campaign will only intensify if the lawyer is not arrested,” he warned.

Cautioning that the post had the potential to incite sectarianism in the Buddhist-majority country, Sri Lanka’s Upcountry Hindu Priest Association has called upon the Tamils to initiate a campaign of lodging police complaints against the lawyer.

“For the past three days, a woman named Jeevani Kariyawasam has been posting on her Facebook site in a manner that has caused great disgrace and disgusting depiction of the Goddess Kali,” the priests’ outfit wrote to President Gotabaya Rajapaksa in a letter dated 20 December.

According to local media reports, the lascivious depiction of the Hindu goddess has also been taken up by M. Ganesan, the parliamentarian from Sri Lanka's erstwhile ruling United National Front (UNF) alliance.

Ganesan has told local media that the woman’s arrest was essential so that the peace between the nation's religious groups, particularly in the predominantly Tamil northern and eastern provinces, doesn’t spiral out of control.