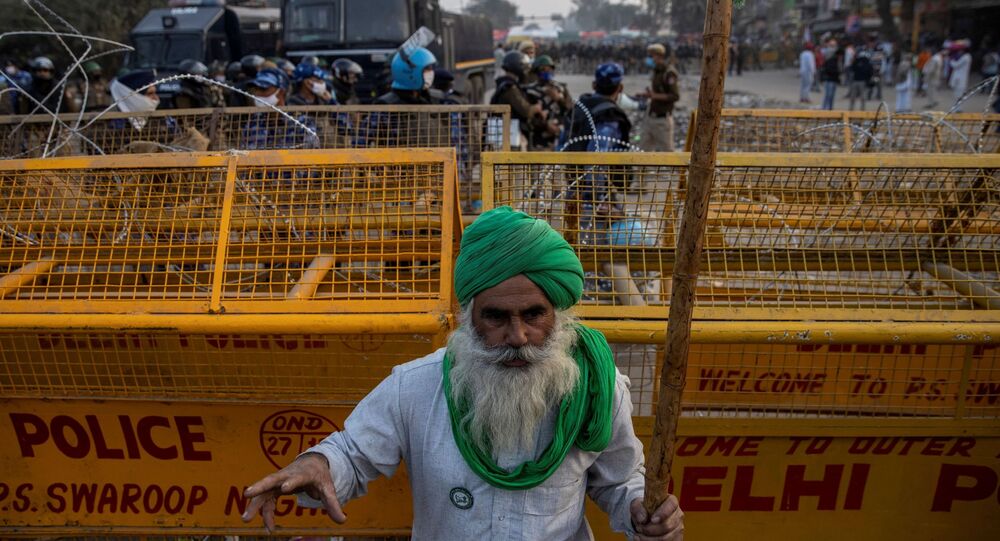 Farmers protesting against the Modi government have been camping out along the borders of the Indian capital, New Delhi, for the past 26 days. The farmers are demanding the revocation of agricultural reform laws passed by the Indian Parliament in September.

The latest invite from the government has come at a time when the farm organisations are set to intensify the agitation, as the past deliberations held this month on the issue failed to bear any fruit. The farmers are demanding a repeal of the laws.

Reaching out to the protesting farmers, the joint secretary in the Indian Ministry of Agriculture has written to the president of the Krantikari Kisan Union in Punjab, Dr. Darshan Pal, inviting him for a fresh round of talks. The ministry suggested in the letter that the meeting will take place on a date which the farmers themselves would choose, so that the “current agitation can be ended”.

The letter addressed to Pal has also been sent to other 39 farm organisations participating in the protest.

As the farm protests entered their 26th day on Monday, the farmers are adamantly calling for a complete rollback of the laws. At the Delhi-Singhu border, where thousands of protesters have been camping for past few weeks, the farmers said they will hold a hunger strike.

Farmers are protesting against the Modi government's Farmers Produce Trade and Commerce Bill, 2020 and the Farmers Agreement on Price Assurance and Farm Services Bill, 2020. The laws seek to reform the agricultural produce marketing and sale system, which the farm organisations are opposing.