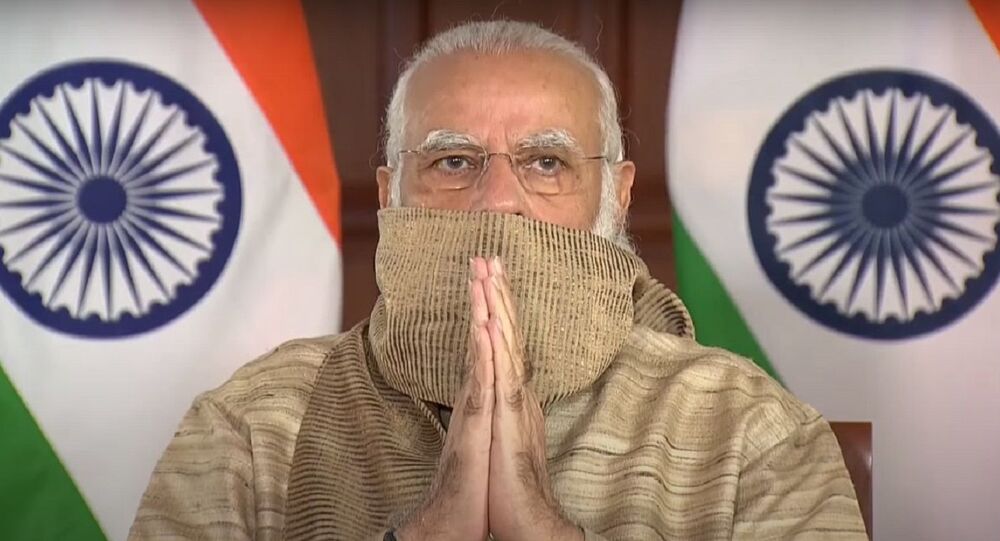 The advertisement on the classified website OLX has listed Indian Prime Minister Narendra Modi's parliamentary office in Varanasi as a villa with four rooms and four bathrooms spread over 6,500 square feet.

Uttar Pradesh state police have arrested four people who put Narendra Modi's Varanasi office up for sale at a price of around $1 million. They have provided the details of the building with photographs about the sale on OLX.

Police have been questioning people on the matter, including Lakshmikant Ojha who clicked a photograph of the building and is listed as a seller on OLX. The advertisement came to the attention of the police after it went viral on social media.

Want to @PMOIndia office in Varanasi? @OLX_India here to help.

​Senior Varanasi police officer Amit Kumar Pathak said on Friday that the advertisement was removed immediately and an investigation has been opened into the matter.

"Some anti-social elements clicked the photos of the prime minister's Office and put on OLX. A FIR was registered at the Bhelupura Police Station as soon as it came to our knowledge", Amit Kumar Pathak said.

The police said that advertisement number ID 1612346492 was posted on OLX under the category of House & Villa and was listed as a "four bedroom with bathroom, full furnished ready to move" in by the dealer.

Treat For the Eyes: Holy Welcome to New Year at Banks of Ganges in PM Modi’s Varanasi