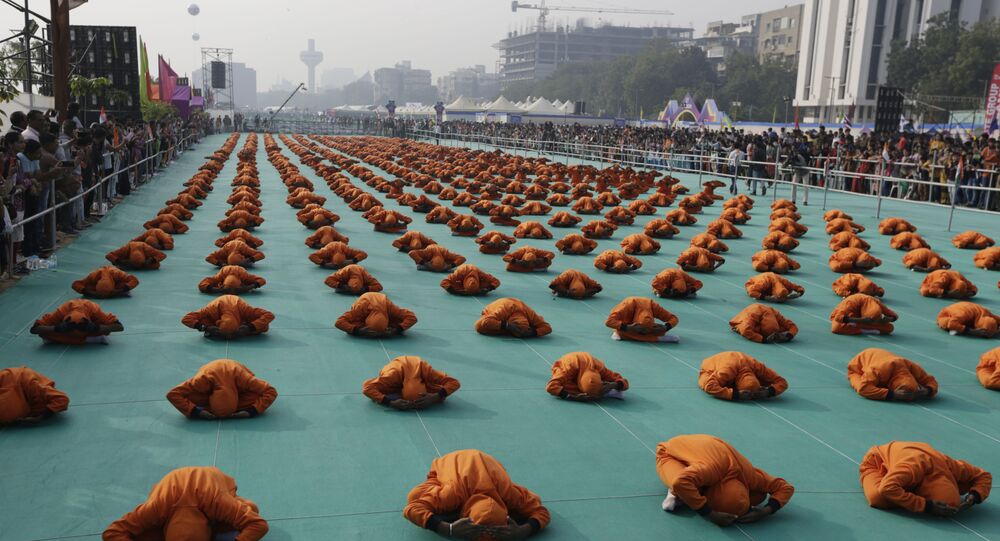 Yoga is an ancient Indian practice that has been performed for centuries and has many physical and mental health benefits. In 2015, the United Nations declared 21 June as the International Day of Yoga after Narendra Modi vouched for the positive influence of the ancient Indian health discipline during the 2014 UN General Assembly.

In a bid to promote yoga across the world and spread awareness about its physical and mental benefits, India's Sports Minister Kiren Rijiju, on Thursday, formally recognised Yogasana as a competitive sport in national and international games.

Hon'ble PM Shri @NarendraModi Ji’s vision to popularise Yoga and to make Yogasana as sport is fulfilled today. Ministry of Youth Affairs and Sports has officially recognized Yogasana as a competitive sport. As YOGA is India's gift to the world, YOGASANA is gift to Sports World. pic.twitter.com/mmeW101hLu

Done in collaboration with India’s Ministry of AYUSH (Ayurveda Yoga and Naturopathy Unani Sidda Homoeopathy), the move will enable the ancient practice to avail government funding.

“Yogasana becoming a sport will also ensure new technologies and new strategies being inducted into the disciplines, to benefit our athletes and officials towards building fruitful and fulfilling careers in this field”, underlined Shripad Yesso Naik, the minister of AYUSH, who was present at the occasion.

It gives me an immense pleasure to declare #Yogasana as a Competitive Sport - a joint venture of @moayush & Ministry of Youth affairs and Sports. pic.twitter.com/puFrBEgZvD

The sports competition will see 51 medals in four events and seven categories.

The International Yogasana Sports Federation was formed under the presidency of yoga guru Baba Ramdev with Dr H.R. Nagendra as secretary-general in November last year.

The National Yogasana Sports Federation of India (NYSFI) was also established for the preservation and development of yoga as a competitive sport. It was recognised by the Sports Ministry as a national sports federation (NSF) last month.