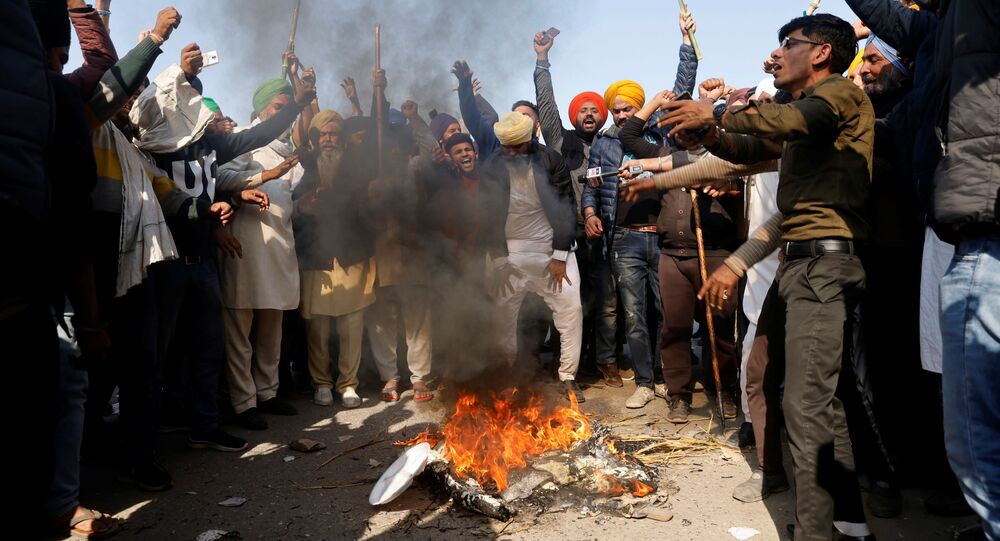 TThousands of farmers, who have been protesting on the outskirts of New Delhi since 26 November, are demanding the government rollback a trio of controversial laws. Indian Prime Minister Narendra Modi has accused the opposition of misleading the farmers.

A 65-year-old farmer has committed suicide in protest against new legislation passed by India’s government that many claim will leave agricultural workers seriously out of pocket. Baba Ram Singh, from the village of Singhra in Haryana state, shot himself at Singhu border – one of the main rallying points – on the outskirts of New Dehli on Wednesday evening.

He left a suicide note explaining that he couldn't bare to witness the plight of India’s farmers any longer.

65-year-old #farmer commits suicide at Singhu border on Wednesday evening. In the suicide note he stated that he can't see the ordeal of farmers who are sitting on the outskirts of the national capital. @mssirsa@KisanSabha@IndianFarmers_@RakeshTikaitBKU#FarmersProstest pic.twitter.com/3XpHBldPVd

They have accused the government of abandoning its minimum price support (MPS) scheme, which protects armers' income, and leaving them at the mercy of big corporations.