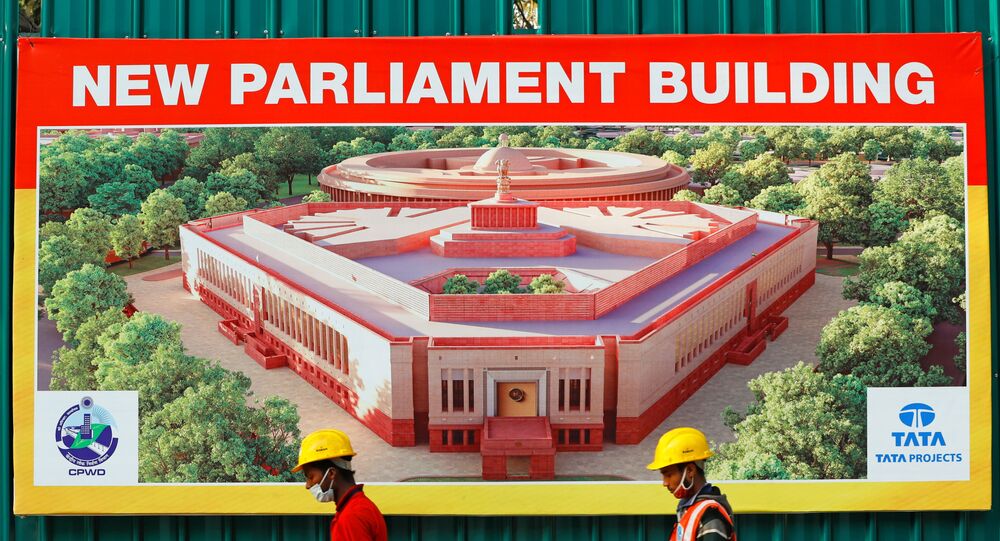 This is Puri’s poora jhoot. There was no Resolution in the Rajya Sabha certainly. The Chairman made observations on it on 5th August 2019. The virus of lying has completely infected the Modi cabinet. https://t.co/kWu14HVQKp

In an interview on 11 December, Federal Minister of Housing and Urban Affairs Hardeep Singh Puri questioned the Congress Party for its objection to the new Parliament building, the construction of which was kicked off by Prime Minister Narendra Modi last week.

"Where is this narrative coming from? In October 2019, both the Houses of the Parliament passed a resolution wanting a new House. Were these people not represented there?” Puri, who is also the country’s civil aviation minister, had alleged in an interview to Times Now news channel.

Ramesh's tweet on Wednesday quickly turned into a war of words between the two prominent politicians, with Puri launching a scathing attack on Ramesh on Twitter.

.@Jairam_Ramesh, before you put your foot fully into your own mouth, I would advise you to read what the Hon’ble Speaker said. The demand & necessity for a modern, well-equipped & grand Parliament house has been around since a very long time. pic.twitter.com/8wiKdtAZbR

​“A charitable explanation is that these are manifestations of your frustration arising out of electoral reverses. Fortunately, the virus of disinformation cannot alter facts,” Puri wrote in another tweet.

The federal minister also accused Ramesh of denying “empirical evidence” about the need for having a new Parliament building. “I don’t want to comment on the tone of your tweet or the other colourful statements you have recently been making,” he replied.

Ramesh’s objection to the new Parliament is in line with the National Congress party’s view, with members asking if splurging funds on a new building when India is gripped by recession is justifiable.

The opposition party also questioned why Prime Minister Narendra Modi spearheaded the construction ceremony last week, when it should have been India’s President.

Under Indian Parliamentary system, the President is the nominal head of Parliament and entrusted with performing the legislative duties. The PM, on the other hand, heads the executive branch of the government.

The new Parliament building, a triangular-shaped structure, is scheduled to be inaugurated in 2022, which happens to be the 75th anniversary of India’s independence from the British Empire.