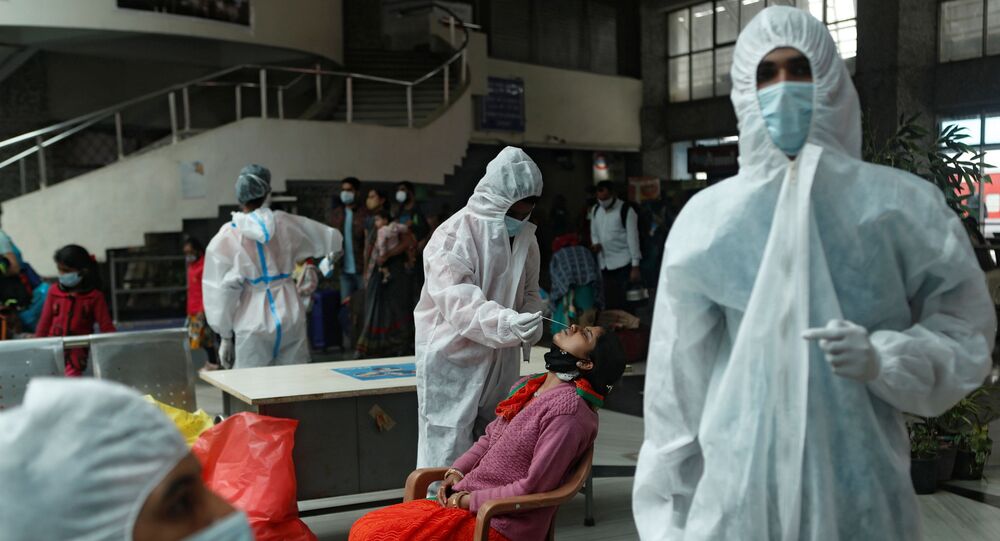 One of the government-designated facilities to treat COVID patients, New Delhi-based Sir Ganga Ram Hospital, has alerted the Indian authorities to the risk of a deadly fungal infection in recovered or asymptomatic COVID patients. So far, Delhi, one of India's worst-hit regions, has reported these infections.

A leading Indian hospital has expressed concerns over rising instances of a “deadly” fungal infection in patients after they recovered from COVID, or in those exhibiting no symptoms whatsoever.

According to the New Delhi-based Sir Ganga Ram Hospital, there have been 10 cases of COVID-triggered mucormycosis in the last 15 days, with over 50 percent of patients experiencing loss of eyesight and the removal of their nose and jaw bone.

“Mortality is currently being seen in the range of 50 percent (five patients) with certain deaths when there is involvement of the brain,” stated a hospital release on Monday.

Dr. Munish Munjal, an ENT (Ear, Nose and Throat) specialist at the hospital, says although the “alarming affliction” is not new, “what is new is that COVID is triggering mucormycosis”.

“The frequency with which we are witnessing the occurrence of COVID-triggered mucormycosis with high morbidity and mortality has never been seen before and is shocking and alarming,” adds Dr. Munjal.

In one of the recent cases of COVID-induced mucormycosis, a 32-year-old businessman from Delhi ended up being facially “disfigured” after contracting the fungus following his recovery from COVID.

The hospital authorities said that the man developed a “nose obstruction” on the left side as well as swollen eyes merely two days after he had recovered from COVID at the same facility.

His tests revealed presence of not only “steeply elevated” sugar and infection levels, but also the presence of a mucor fungus, as per the hospital records.

“A Magnetic Resonance Imaging (MRI) scan revealed that the infection had already destroyed a significant part of his left side sinuses, eye, upper jaw bone and muscles, and even had made passage into the brain!” the hospital disclosed.

“An extensive surgical debridement was undertaken by a team of ENT and eye surgeons, and he had to be subsequently put on life-saving antifungal medication and vital critical care support for more than two weeks,” the hospital administration has also revealed.

As of Monday, the man was yet to be discharged from the hospital.

“Most important is that we have to carefully elevate the dosages of antifungals to more than maximum levels, without letting the internal organs like kidney and liver face the damage," states Dr. Prakash Shastri, the Vice Chairman of Critical Care at Sir Ganga Ram Hospital.

“It’s a herculean task to revive the immune-competence of a weak COVID patient,” cautions Dr. Shastri.

Meanwhile, India on Monday reported a total of 352,000 active COVID cases, the lowest in 149 days. India, the second worst hit country in the world during the ongoing pandemic, has reported nearly 9.8 million infections so far which have resulted in more than 143,000 deaths, as per the federal Health and Family Welfare Ministry.