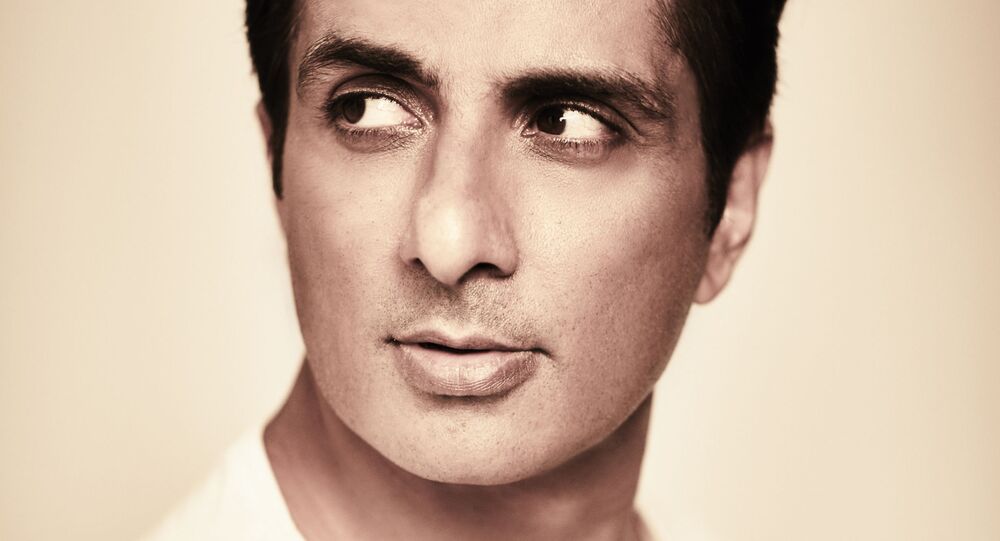 Actor Sonu Sood has topped the '50 Asian Celebrities in The World' list by Eastern Eye magazine, distinguishing himself with his philanthropy. During the lockdown in India, Sonu reportedly mortgaged eight properties for INR 100 million ($1,360,128) to help thousands of migrants reach their hometowns and arrange for their livelihood.

For some, he is a “Messiah” and many people have lauded him as “a hope”, calling him “a real-life Superhero”: Bollywood actor Sonu Sood has truly made a difference to a lot of lives by serving and helping the less fortunate people amid life in the wake of India's national lockdown.

The actor has become Santa Claus to many underprivileged people, as he is gifting electronic rickshaws to empower them to be self-reliant.

With his new initiative ‘Khud kamaao ghar chalaao’ (Earn to run the house yourself), the 47-year-old actor aims to create employment opportunities for those who have lost their source of livelihood during the pandemic.

A small step today, for a big leap tomorrow. By providing free e-rickshaws that can be used to kickstart small businesses. A small effort to empower people to become self reliant. @ShyamSteelIndia #KhudKamaoGharChalaao#MaksadTohIndiaKoBananaHaihttps://t.co/hN5ERGVMqT pic.twitter.com/CuAum9vYyG

Sonu gets hundreds of thousands of email requests and messages on social media every day from people in need, and seems to be on a mission to fulfil as many dreams and wishes as possible.

From arranging for smartphones for students to study online, to buying shoes for an athlete who couldn’t afford them, to sponsoring education,  to providing funding for surgeries and helping construct houses for the people who lost their homes due to floods, the list is endless.

Known for his films like Dabangg, Jodhaa Akbar, and others, Sonu gives credit to his late mother, Prof. Saroj Sood for being the driving force for him to start this movement.

In an earlier interview with Sputnik, he had shared: “My parents taught me that you will only be considered successful the day you help someone selflessly who isn’t expecting anything from you. I’m really grateful to my parents for making me capable of giving back to society. I feel a sense of responsibility to do everything to save a life, help them get educated, and empower them by fulfilling their needs".

As gratitude, a man, whom he had helped in returning to his hometown, has named his newborn after Sonu Sood. Many people have even started naming their businesses after him.