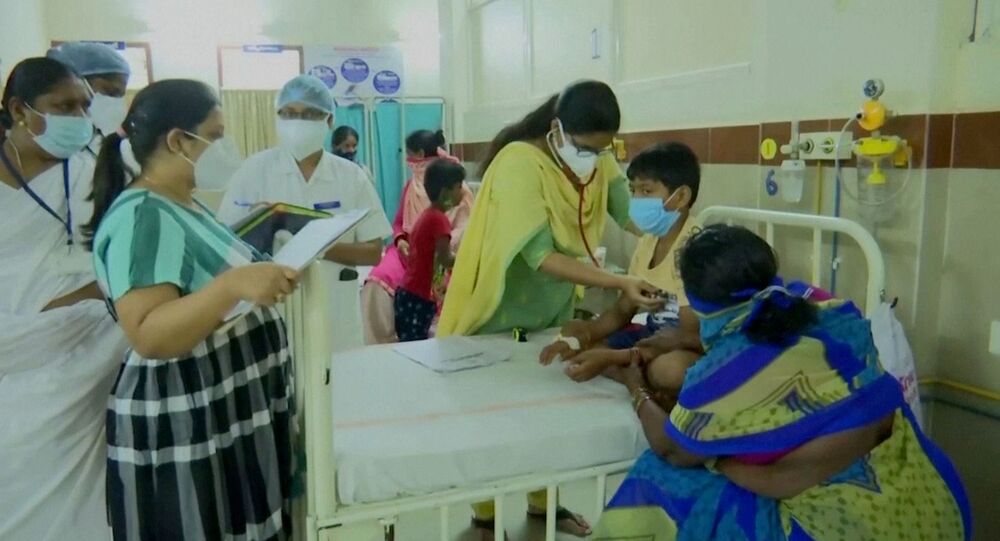 Panic struck India's Andhra Pradesh state earlier this month following an outbreak of a mysterious illness that has affected around 600 people since 6 December in Eluru city. The symptoms varied from epileptic seizures to giddiness and vomiting.

Life is returning to normal in the Indian city of Eluru, which has been hit by a mysterious illness for over a week, said Andhra Pradesh Deputy Chief and Health Minister Alla K. K. Srinivas.

Speaking to the media after visiting the houses of the discharged patients, Srinivas said "there have been no recurring cases and the city is heading towards a zero mystery illness situation. There is no need for people to worry.”

He further stated that to date, as many as 612 people have been hospitalised. One person, a 45-year-old patient, died last Sunday.

"As many as 603 people have been discharged from hospitals so far," Srinivas said.

Meanwhile several medical teams from India's top institutes are working to ascertain the cause of the mysterious illness.

"As many as 14 agencies are working to ascertain the nature of the mysterious illness in Eluru. They are yet to zero in on the exact cause and some of them have indicated that they needed more time," Srinivas said.

Since the outbreak of the mysterious illness, the state chief has been actively monitoring the entire situation and has assured the patients of all the possible help.

© REUTERS / ANI/Reuters TV
Recycling of Batteries May Be Behind 'Mysterious Illness' in India's Andhra Pradesh
The first case was reported on the night of 5 December following which hundreds of people complaining of the same issues were hospitalised.

Medical officials who are working to ascertain the cause of 'mystery illness' have stated that the process of recycling of batteries might have led to the outbreak of the unknown disease.

Some experts also suspected bleaching powder and chlorine used for sanitation as part of the measures to prevent Covid-19 spread might be another cause of illness.

Earlier, the medical team of India's premier hospital AIIMS had found traces of lead and nickel in some blood samples.