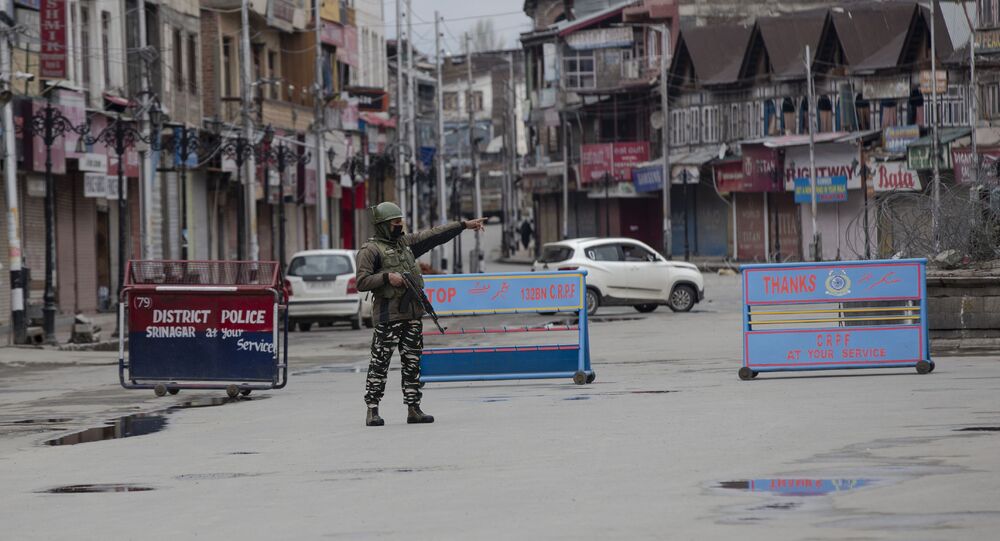 Two Terrorists Killed, One Captured Amid Ongoing Elections in Jammu and Kashmir

Amid heavy security deployment and measures for preventing the spread of COVID-19, Jammu and Kashmir is conducting local elections. District Development Council polls will conclude after eight phases.

Two terrorists were killed while another was captured following a gunfight in the higher reaches of Jammu and Kashmir, officials said on Monday.

According to the police, the terrorists are believed to have infiltrated from across the Line of Control (LoC) three days ago (Friday) and were headed to the union territory's Shopian district.

"A search and cordon operation was then launched on Sunday. The terrorists were offered to surrender but instead they opened fire at the security team, resulting in an encounter," an official added.

"We have retrieved a Kalashnikov rifle, 300 rounds of AK ammunition, 6 magazines, one under-barrel grenade launcher, 12 grenades, two mobile sets and one satellite phone from their possession," police said in a statement.

A senior police official told Sputnik that the terrorists were members of Pakistan-based terror groups Lashkar-e-Taiba (LeT) and Jaish-e-Mohammad (JeM), and had entered the Kashmir valley in an attempt to disturb the ongoing District Development Council (DDC) elections.

However, Indian security agencies have made adequate arrangements to maintain law and order during the polls.

To date, several candidates have received terror threats while the attack on Anees ul Islam, a DDC candidate who was shot at by unidentified terrorists during the third phase of polling, sent shockwaves among mainstream political circles amid a denial of security cover from the government. The local polls are the first since Jammu and Kashmir was split from Ladakh and lost its quasi-autonomous status and statehood last year.