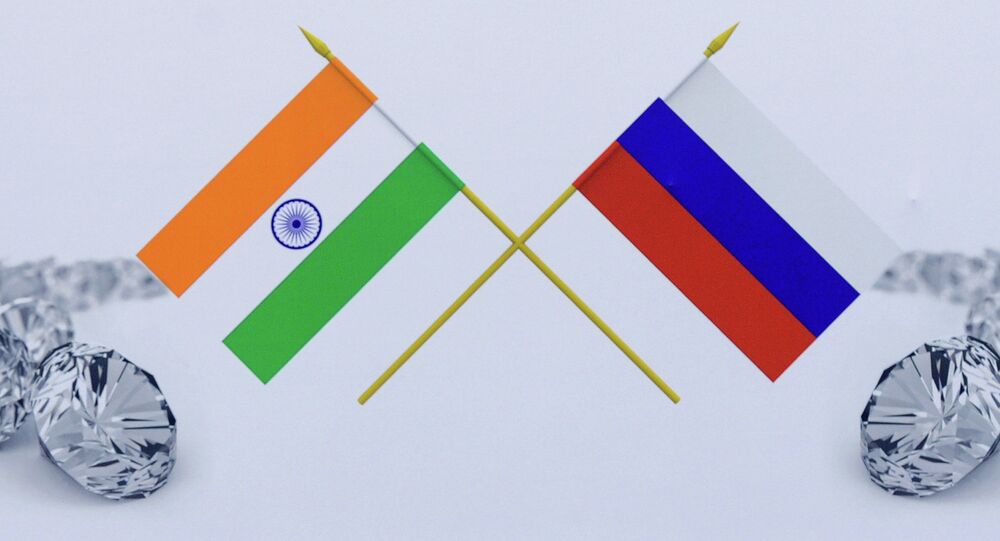 As India cosies up the US amid its ongoing border standoff with China, Moscow has expressed concerns about the emerging US-led Indo-Pacific security alliance, aka the ‘Quad.’ In a strongly worded message, Russia’s Foreign Minister Sergei Lavrov accused the US of “undermining” India-Russia ties.

“The concept of Indo-Pacific is meant to establish a cooperative order in the region," India’s former envoy to Russia P.S. Raghavan told Sputnik, as he reacted to Sergei Lavrov's remarks about India being subject to Western countries’ “persistent, aggressive and devious policy.”

“At the same time, the West is attempting to undermine our close partnership and privileged relations with India,” Lavrov said, speaking at an event organised by the Russian International Affairs Council (RIAC).

Raghavan, while pointing out that bilateral ties between India and Russia have "moved on from 1971" and the Cold War-era, expressed “disappointment” with Moscow for not “completely recognising” the ongoing security threat that New Delhi faces from Beijing.

The 1971 reference harks back to an episode during the Bangladesh War of Liberation, when New Delhi backed the independence movement in erstwhile East Pakistan (now Bangladesh), which was then under Islamabad’s control.

Sensing a threat from a possible Pakistan-US alliance against New Delhi, then Indian Prime Minister Indira Gandhi formed an alliance with Moscow. Task Force 74, part of America's Seventh Fleet, was sent to the Bay of Bengal by President Richard Nixon's administration in Pakistan's support, but turned back when Moscow sent nuclear submarines to support India, according to recently released cables.

“India has consistently maintained that it is not Russia that threatens its territorial integrity. We all know where the threat is coming from,” underlined Raghavan, who has also been India’s Ambassador to Ireland and the Czech Republic during his diplomatic career.

“Be it the Indo-Pacific strategy involving other Asian powers or New Delhi’s ever growing ties with Washington DC, India is clear in its mind about its security priorities,” he declared, referring to the ongoing military standoff between Indian and Chinese troops on the eastern Ladakh border.

© Sputnik / Alexei Druzhinin
'Rank Provocateurs' Trying to Push India in a 'Dangerous' Corner vis-a-vis Russia, Warns Analyst
Noting that "the whole purpose of the Indo-Pacific exercise is to draw China into a cooperative order in the region," Raghavan feels that such a scenario should also "interest" Russia.

He also said that New Delhi “appreciates” Moscow’s suspicions of growing India-US ties, but at the same time it has done all it can to ensure that Russia’s interests are not compromised.

Raghavan added that Indian Prime Minister Narendra Modi has consistently tried to assuage Moscow’s concerns during his meetings with Russian President Vladimir Putin, as well as during his public speeches. He cites the joint statement by Modi and Putin during the former's visit to the eastern Russian city of Vladivostok in September last year.

The joint statement called for “consultations” to intensify cooperation between Russia and India to promote security in the Indian and Pacific Oceans.

“The four-nation Quad is not a formal alliance directed at any power, let alone Russia,” said Raghavan.

‘Still Need Each Other’

Ashok Sajjanhar, India’s former ambassador to Kazakhstan, Sweden, and Latvia, agrees that New Delhi isn’t a “simpleton” to be misguided by the US.

“We have a perfect sense to recognise where our interests lie. We exactly know where the threat lies,” he said, in a reference to the eastern Ladakh military standoff. “While New Delhi has a sense of Russia’s strategic convergence with China in the face of pressure from the West, Moscow can’t ignore its traditional security ties with New Delhi either.” He added that both countries still need each other.

“While defence ties are definitely a forte of our bilateral relations, a Russia-India partnership makes good geopolitical sense too,” said Sajjanhar.

India still buys weapons from Russia but it is increasingly shopping around the US.

From 2012 to 2016, Russia supplied 68 percent of India's arms import, according to the Stockholm International Peace Research Institute (SIPRI). American defence purchases constituted 14 percent of India’s imports during the same period, but this figure is growing.

“Moscow also needs us to hedge its bets against Beijing. The same way we can’t put all our eggs in one basket,” he goes on to explain, as he cautions New Delhi about “over-reliance” on the US.

Sajjanhar also said that a “Greater Eurasian Partnership,” as envisaged by President Putin, won’t be complete without India’s participation. “The same way, there are a great deal of collaboration possibilities in Central and South Asia,” he added.

The veteran diplomat, however, reckons that “divergences” in ties can’t be completely ignored from either side, be it Russia’s suspicion of US-India ties or New Delhi’s paranoia about Moscow-Beijing relations.

“Dialogue is the way forward, as I see it,” he concluded.

Meanwhile, India’s Ministry of External Affairs (MEA) has reiterated its commitment to an “independent foreign policy,” as it reacted to Lavrov’s comments at the weekly press briefing last week.

“As unequivocally outlined by Prime Minister [Narendra Modi] during his speech at the Shangri-La dialogue in June 2018, India does not see the Indo-Pacific region as a strategy or as a club of limited members or as a grouping that seeks to dominate,” India’s External Affairs Ministry spokesperson Anurag Srivastava said.

“Our relations with Russia stand on their own merits, including in the sphere of military technical cooperation,” he added.