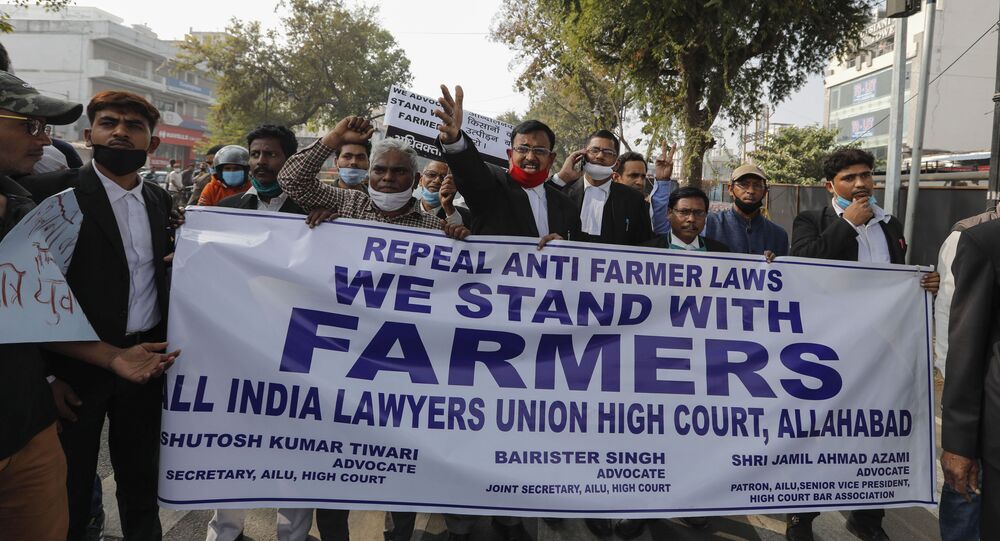 Farmers protesting against the Modi government’s Farmers Produce Trade and Commerce Bill, 2020, and the Farmers Agreement on Price Assurance and Farm Services Bill, 2020 are demanding both laws be repealed. Both the laws were passed by the Indian Parliament in September.

Amid ongoing protests of farmers against the ruling Bharatiya Janata Party's agriculture reform laws, the Indian agriculture minister has said that land will remain vested with the farmers even if a dispute arises on farm produce marketing contracts.

Addressing a press conference on Thursday, Agriculture Minister Narendra Singh Tomar said, "Under no circumstances will the farmer be divested from his land in case of dispute with the contracting party."

The law allows farmers to enter into a contract with the private sector for the sale of produce.

Farmers fear that their land may be used to settle payment in case a dispute arises and the relevant authority adjudicates against them.

Even if there has not been any breakthrough on the farm law impasse, the minister said that the federal government is ready to hear the grouse of the protesting farmers.

Tomar said the government is ready to give a written commitment on minimum support price (MSP).

The farmers are protesting against the farm reform laws, as they feel the government will eventually roll back the system of MSP.

Under MSP, the government announced a minimum threshold price for state procurement of farm produce after every harvest season, thereby ensuring a guaranteed off take.