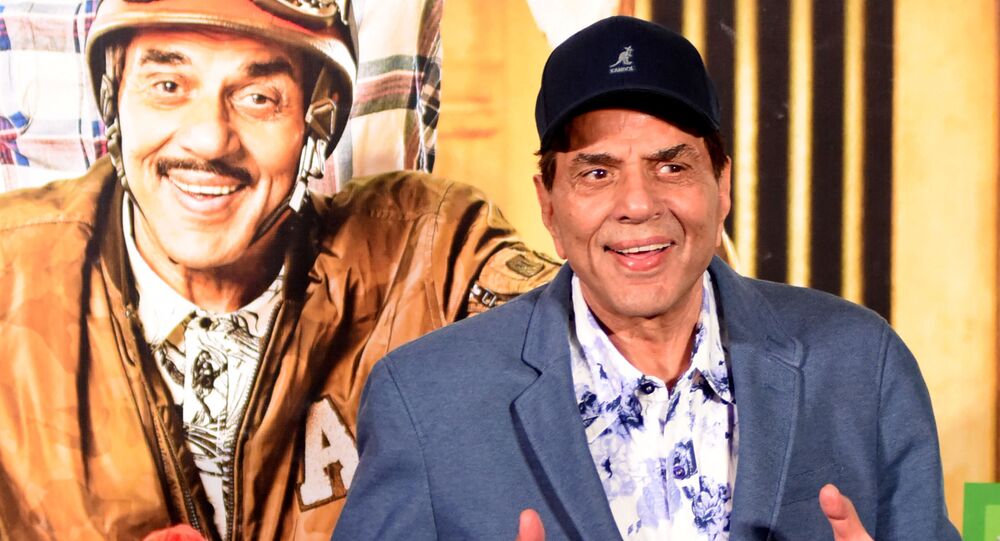 Fondly known as the 'He-Man of Bollywood' and the original heartthrob of the Hindi film industry, veteran Bollywood actor Dharmendra won millions of hearts with his performance in iconic movies such as “Sholay”, “Alibaba Aur 40 Chor”, “Phool Aur Patthar”, “Satyakam”, “Naya Zamana”, “Dharam Veer”, “Apne”, and many others.

Fans and friends of veteran Bollywood actor Dharmendra can't keep calm as it's his 85th birthday. The social media is flooded with best wishes from across the globe.

While his daughter, actress Esha Deol, and wife Hema Malini shared an emotional note wishing him all the best on his special day, his sons Sunny Deol and Bobby Deol posted an adorable picture with their 'daddy cool', reflecting their eternal bond of affection.

Today we celebrate Dharamji’s https://t.co/Qbk7FAsoeU is the love and affection of u fans who still watch and appreciate our movies that we remain fresh in your memories.This is what keeps us going and we need ur blessings for ths togetherness to last.Thank u for all the love 🙏 pic.twitter.com/ImkXJ6yHRc

85 and still young at heart, the veteran actor never ceases to surprise his fans with his youthful spirit.

He keeps himself active, whether it's interacting with his fans on social media, his love for gardening and animal rearing at his farms in Maharashtra state, or having a close bond with his family and friends.

On this birthday, many of his fans have been showering love by remembering the best of Dharmendra’s dance, drama and dialogues from the movies.

8th Dec one of the most memorable day in the cinema birthday of our beloved Legend Superstar & human being #Dharmendra #happybirthdaydharmendra pic.twitter.com/6m8EjR9XFz

The veteran actor will star in the second sequel of his hit movie ‘Apne’, which will bring together the three generations of the Deol family the big screen, featuring his sons Sunny and Bobby Deol and grandson Karan Deol.