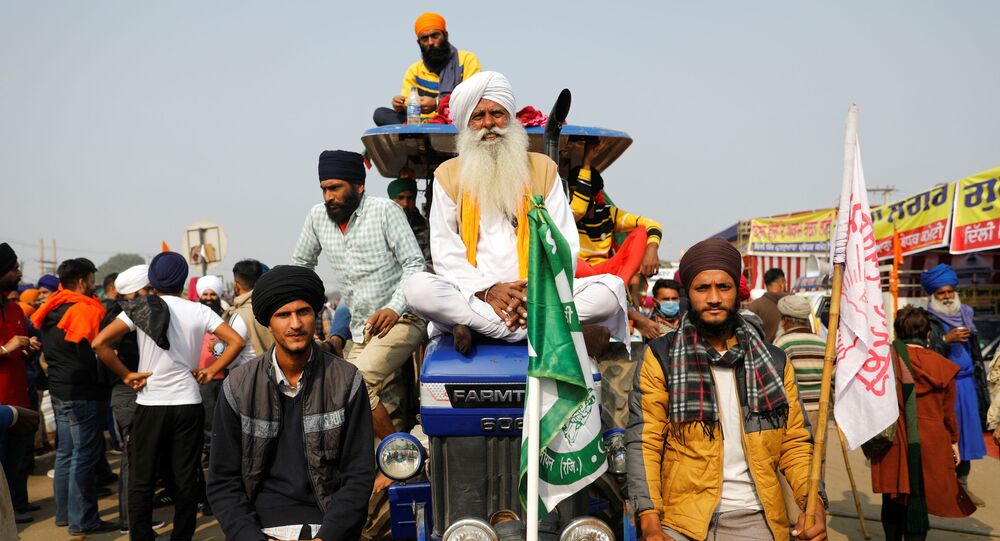 Despite India's warning to Canadian Prime Minister over his remarks on farmer agitation, the ongoing protest continues to attract attention from foreign countries.

US lawmakers from both the Republican and Democratic parties have expressed solidarity with protesting Indian farmers, who have called for a nationwide strike against the new farm laws approved by the Narendra Modi government this year.

Republican Doug La Malfa from California, while labelling the new federal farm laws as "manipulative", said that farmers have a right to protest without "fearing violence" from authorities.

I stand in solidarity with the Punjabi farmers in India protesting for their livelihoods and protection from misguided, manipulative government regulations. Punjabi farmers must be allowed to protest peacefully against their government without fear of violence #IStandWithFarmers

Democrat Congressman Josh Harder called upon farmers and Prime Minister Narendra Modi to "hold peaceful discussions" in a bid to find a breakthrough in the ongoing agitation, which entered its 13th day on Tuesday.

"India is the world’s largest Democracy - they owe it to their citizens to allow peaceful protest. I encourage these folks and PM Modi to have peaceful, productive discussions," said Harder, who represents California's Central Valley in the US House of Representatives.

Andy Levin, a Democrat Congressman from Michigan, has described the Indian farmer agitation as a "harbinger of a people power year in 2021".

I’m inspired by this movement, and I see it as a harbinger of a people power year in 2021!! https://t.co/vHn7N2pjRH

​TJ Cox, another Democrat Representative from California, stated on Monday that "meaningful dialogue" between the authorities and farmers was the way forward, even as he called for respect for the "right to protest".

"Such actions, if continued, would have a seriously damaging impact on ties between India and Canada," Indian officials told Patel, lodging an official protest against Trudeau and other Canadian leaders for their "ill-informed" and "unwarranted" statements on the protests.

"These comments have encouraged gatherings of extremist activities in front of our High Commission and Consulates in Canada that raise issues of safety and security," said the readout issued by India's Ministry of External Affairs (MEA).

"We expect the Canadian Government to ensure the fullest security of Indian diplomatic personnel and its political leaders to refrain from pronouncements that legitimise extremist activism," it said.

Demonstrations in support of Indian farmers have so far been reported to be taking place in several US and Canadian cities, among others. A massive demonstration was also organised at the Indian High Commission in London this week, which resulted in local police arresting several protesters.

The Indian government has asked the British authorities to investigate the protest organisers after it emerged that several individuals known for advocating for a separate Sikh state (Khalistan) had also participated in the protest. ANI news agency reported that Khalistani flags had also been raised at the London demonstration.

Meanwhile, the nationwide strike call against the two farm laws and the Essential Commodities Act, 2020, has been backed by major opposition parties across India.

Farmers say that the new laws would abolish the government-regulated wholesale markets and leverage the power of private players in dealings, among other grievances. India's federal Minister of Agriculture Narendra Tomar, who has held three rounds of talks with the farmers over the last two weeks, has assured that the federal authorities would continue to guarantee a minimum support price (MSP) to farmers to shield them from price manipulation by private buyers.