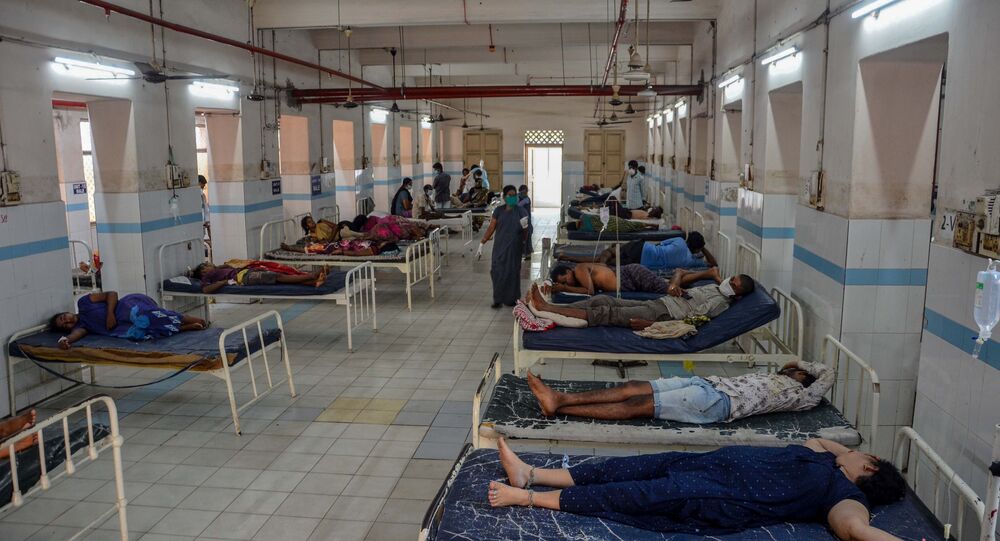 State Chief of India's Andhra Pradesh YS Jaganmohan Reddy on Monday visited the hospital where hundreds of people are admitted with symptoms of nausea, giddiness and epilepsy. Reddy met the patients and assured them of all the necessary help.

Medical officials in the Indian city of Eluru in Andhra Pradesh state are puzzled over a mystery illness that has been reported in the city since Saturday. At least 345 people have complained of epilepsy, seizures, giddiness, vomiting and the oozing of froth from the mouth, an official told Sputnik.

A medical official from Eluru underscored that it's too early to say anything on the subject.

"Teams are working to ascertain the cause of the sickness. One person has died so far but most of the patients were quite normal and recovering," the official said while requesting anonymity.

He further ruled out reports of water contamination and emphasised that people who do not consume the city's municipal water have also fallen sick.

"As of now, the illness didn't spread from one person to another, while there is no age restriction for the sickness. People from areas where Eluru municipal's water distribution is not available also fell sick. Even those who drink only mineral water daily have also been hospitalised," he added.

India's Health Ministry has set up a committee to investigate the sudden illness in and around Eluru city.

A team of doctors from India's premier hospital and medical research facility, the All India Institute of Medical Sciences (AIIMS), are currently visiting Eluru to uncover the cause behind the unidentified illness.

The set of doctors have been directed to submit a preliminary report by Tuesday evening.

Meanwhile, deputy state chief and state Health Minister Alla Kalikrishna Srinivas said that even blood samples of the patients have been sent to the lab and no viral infections have been detected.

"The patients, in fact, were tested for Covid-19 as well and all reports were negative," Srinivas told Media.

As reported, the mysterious disease caused infected individuals to suddenly pass out after suffering symptoms. The cause of the illness has yet to be ascertained.