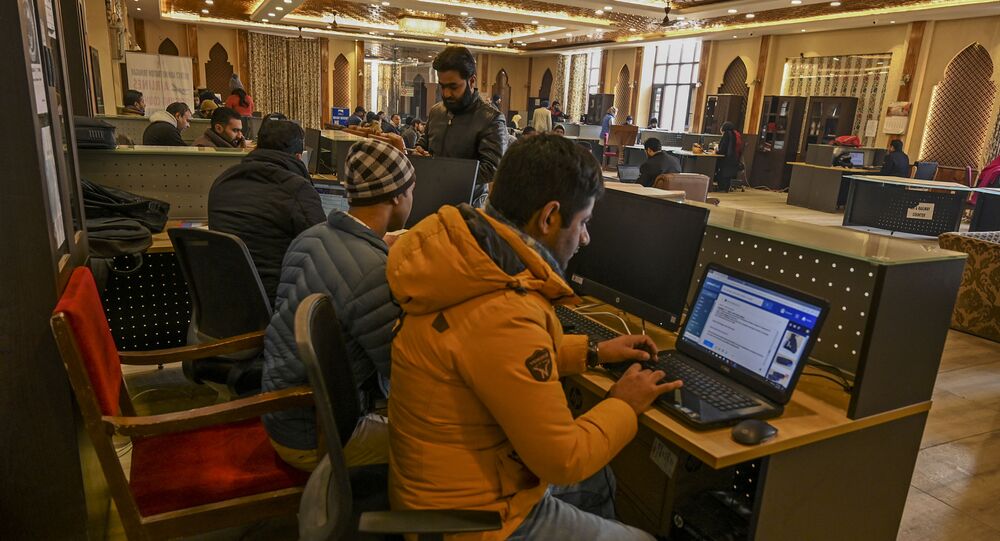 Last week, Anees ul Islam, a candidate from the Apni Party, survived after being shot twice at point-blank range by unidentified gunmen during the third phase of the District Development Council polls in Anantnag district of Jammu and Kashmir.

Authorities have suspended mobile internet services across those parts of Jammu and Kashmir where polling is taking place for the District Development Council (DDC) elections. Officials say that services are not available in districts such as Kulgam, Anantnag, Shopian and Pulwama as a precautionary measure to maintain law and order.

"Amid militant attacks on political activists and threats to keep voters away from polling stations, it became imperative for authorities to suspend internet services in southern areas," officials said in a Monday statement.

In the earlier phases, students who were sitting exams online suffered problems as internet services were suspended.

"Several students living in the areas where the internet was suspended couldn't sit exams in the last three phases of the elections because services were down. However, now (in the fourth phase), it was decided to cut off all services in the district so that students will be treated the same by examination authorities", a senior official said during a press briefing in Srinagar.

The polling was underway in parts of Kashmir when this report was filed. The local body polls are the first since Jammu and Kashmir lost its special status last year.

Up to 2,644 polling stations have been established across Jammu and Kashmir amid heavy security deployment and COVID-19-preventing measures put in order. The elections will conclude after eight phases.

To date several candidates have received terror threats while the attack on Anees ul Islam, a DDC candidate who was shot at by unidentified terrorists during the third phase of polling, sent shockwaves among mainstream political circles amid denial of security cover from Government.