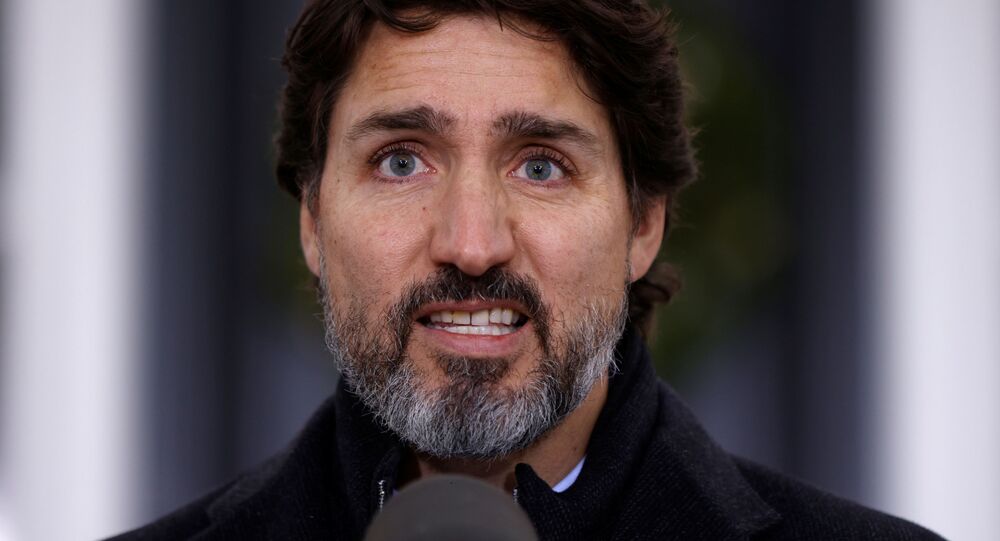 Canadian Prime Minister Justin Trudeau’s remarks expressing concern over the ongoing farmer agitation in India have attracted criticism in the country, with the Indian government calling them “unwarranted” and “ill-informed” earlier this week. Meanwhile, Prime Minister Narendra Modi has claimed the farmers are being misguided by opposition leaders

India on Friday lodged an official protest with Canadian High Commissioner to New Delhi Nadir Patel in the wake of Prime Minister Justin Trudeau remarking earlier this week that his country would always “defend the rights of peaceful protest”, in reference to the ongoing farmer agitation on the borders of New Delhi.

India’s Ministry of External Affairs (MEA) told Ottawa’s top representative in New Delhi that Trudeau’s remarks and those made by other Canadian parliamentarians in relation to the farmer protest constitute “unacceptable interference in our internal affairs”.

“Such actions, if continued, would have a seriously damaging impact on ties between India and Canada”, the Indian government told Patel, as per a release of a meeting by the MEA.

New Delhi has also expressed concern that Trudeau’s remarks have “encouraged gatherings of extremist activities” in front of the Indian High Commission in Ottawa as well as consulates in other Canadian cities. The statement was in reference to reported protests at Indian representative offices in Canada by those expressing solidarity with India’s farmer protesters.

“We expect the Canadian Government to ensure the fullest security of Indian diplomatic personnel and its political leaders to refrain from pronouncements that legitimize extremist activism”, the MEA conveyed to Patel.

Addressing members of the Sikh community through video conference on the occasion of Gurpurab (the birthday of Sikhism's founder Guru Nanak)  on 30 November, Trudeau remarked that the news coming from India about protests by farmers was “concerning”.

“We are all very worried about family and friends. I know that’s a reality for many of you. Let me remind you, Canada will always be there to defend the rights of peaceful protest”, the Canadian prime minister stated.

Sikhs comprise nearly 1.4 percent of the Canadian population, with many having close links to their home state of Punjab in India. The northern Indian state has emerged as the epicentre of the ongoing farmer protests against new laws passed by the Narendra Modi-led federal government.

Thousands of Indian farmers have been campaigning at Delhi's state borders for a week now, demanding a rollback of the new laws.

Besides the two farm-related laws, the protesters have also called for the repeal of the Essential Commodities Act, 2020. The farmers have further demanded the repeal of a proposed electricity act that they fear would spell the end of subsidised electricity.

Two rounds of talks between the farmer leaders and federal government ministers have failed to yield any results. The next round of discussions featuring federal Agriculture Minister Narendra Singh Tomar and the farmers is scheduled to take place on Saturday.