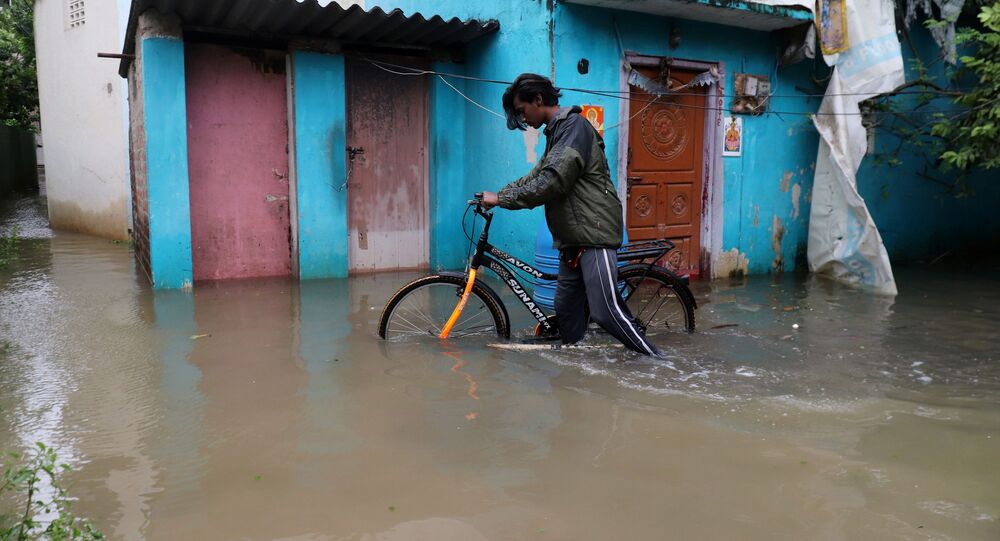 After making landfall in Sri Lanka, Cyclone Burevi, emerging out of a depression in the Bay of Bengal, has weakened into heavy winds over the Gulf of Mannar close to Tamil Nadu's Pamban region.

© AP Photo / Rajanish Kakade
Possibility of Another Cyclone Lurks Over Southern Indian Regions Amid Heavy Rains
Burevi is likely to cross the Ramanathapuram and Thoothukudi districts of Tamil Nadu on Friday morning with wind speeds touching 70 kilometres per hour (kmph), bringing heavy rain to the southern parts of Tamil Nadu and Kerala.

Residents of the affected southern Indian regions have taken to Twitter to share weather updates along with videos detailing the whistling winds and heavy downpours lashing the areas. Take a look.

@thekiranbedi @VNarayanasami We people from jawahar nagar housing board often face this issue when it rains continuously for hours it is surrounded by water. my only question is what would be your action if white town is in such state after every rain. #CycloneBurevi pic.twitter.com/n07epJcBVf

​The Indian Meteorological Department (IMD) has projected more rainfall in the region for the next twelve hours at least.

​Citing scientists monitoring the weather conditions, the Indian daily Hindustan Times reported that it is plausible that Burevi will emerge in the Arabian Sea and re-intensify.

Before Burevi, on the intervening night of 26 and 27 November, Cyclone Nivar made landfall near the coastal Tamil Nadu town of Marakkanam - 30 kilometres north of Puducherry at around 2:30 a.m.

At the time, over 200,000 residents from this area were evacuated to safer regions to avoid loss of life.